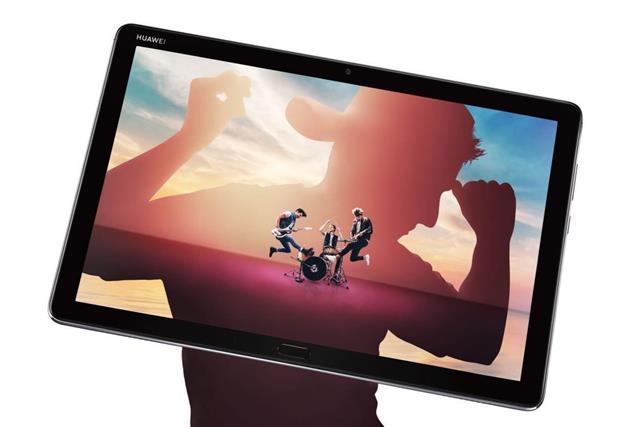 Huawei will see its tablet shipments in 2021 undermined by the US trade sanctions as the Chinese brand is unable to obtain processors from Qualcomm or MediaTek, or outsource in-house developed chips to wafer foundries such as TSMC, according to Digitimes Research.

Huawei, Apple and Samsung Electronics are the top-3 tablet brands worldwide. Compared to the worldwide deployments by Apple and Samsung, Huawei mainly ships its tablets to China, Southeast Asia and Europe with nearly 60% of the volumes going to China and around 40% to countries in Asia Pacific and Europe.

Huawei's problems have already prompted other tablet brands to start cannibalizing the Chinese vendor in its doemstic market.

In China's tablet market, Apple currently has a 42% share, Huawei 33%, Microsoft 3.5% and Lenovo 3%. Since Microsoft's products are mainly 2-in-1 devices, Apple is expected to expand in the high-end maket models and Lenovo in the mid-range to entry-level ones.

At the moment, Huawei's processor inventory is expected to last until the second quarter of 2021. Since Huawei is still allowed to obtain CPUs from Intel and AMD, Digitimes Research believes Wintel-based high-end tablets is likely to be a way out for Huawei.

Huawei will focus on the China market and cut output for overseas markets. Digitimes Research expects Huawei's share of China's tablet market to slip to 22% in 2021, while Apple's share will reach 46.4%, Microsoft 4% and Lenovo 9.6%.

In non-China markets, Huawei's tablet shipments will continue to decrease in Japan as Huawei is no longer authorized to use the Android operating system and Apple will take over most of its share there. In other countries in Asia Pacific and Europe, demand will mostly be taken over by Samsung.

Lenovo will enjoy an over 20% on-year growth in global tablet shipments as demand from China will increase dramatically.