Leaders in semiconductor in 2030 (1): No more peace and prosperity 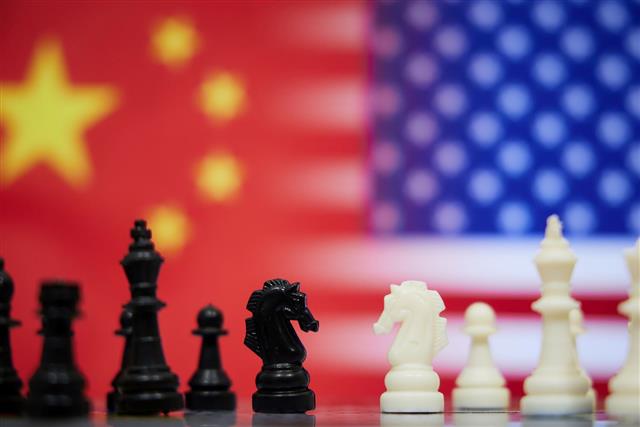 Chinese president Xi Jinping is set to be re-elected to a third term, but shortly before the Chinese Communist Party convened its congress to confirm Xi's re-election, the US government had dealt more blows to China's semiconductor ambitions: a ban on the export of advanced equipment and technology to China; a ban on the export of AI and supercomputer chips to China; and a ban on US experts working for China.

As the US-China relationship deteriorates into open confrontation, Taiwan's strong semiconductor industry is not only on the front line of the conflicts between the two powers, but also in the eye of the storm. The changing geopolitical is reshaping the industrial landscape. The US now gives China issues the top priority in its national strategy; the G2 rift has no place for bilateral relations; and the peace and prosperity that we have taken for granted are already far away from us.

Economic powerhouses may be able to minimize the damage from the US-China conflicts, but for the smaller ones who are forced to take sides or choose to play a bystander role, this may be a matter of life and death once they are dragged into the eye of the storm. But this could also be an opportunity for them to transform and upgrade. This series of articles revolves around the issues of the US-China confrontation, but focuses on the problems that Taiwan, Japan, Korea, ASEAN, India and other emerging Asian countries have to face in their industrial strategies and ICT supply chains. Apart from following the two powers, is there room for these countries to transform and upgrade?

We have several important assumptions about the economic situation until 2030: the US-China conflict will continue; decentralized production ecosystems will be formed; South Korea will face greater fiscal pressure; Japan's economy will drop to fifth place in global ranking; the EU will seek more cooperation with East Asian countries in semiconductor manufacturing; and India, which will become the third largest country in terms of GDP by 2030, will not miss the opportunity of semiconductor and IT development. Taiwan's technology industry will become "internationally owned," or at least a major partner that countries around the world will strive to team up with.

A more serious issue is the economic downturn in China. Will China take the risk of trying to unify Taiwan by force? Is the West going to go all-out containing China, or leave some doors open for a country that has a population of 1.4 billion?

The US currency is strong; the US is selling weapons to Taiwan; and it has granted TSMC and Samsung exemptions to its semiconductor restrictions. But the US government has disclosed that it will examine the patents of TSMC, Samsung and Qualcomm for possible infringements. How should TSMC and Samsung react if they were "found guilty" of infringement?

Semiconductor is a capital- and technology-intensive industry that requires the trust of customers and the support of the ecosystem. The battle of the powers is threatening to divided the world into two, entering a new Cold War, or even a hot war? I was born in 1958 - a year when Second Taiwan Strait Crisis broke out. Fortunately, the next six decades turned out to be "peaceful," allowing us to develop a strong economy. And the semiconductor boom that started in early 1970s has brought prosperity to Taiwan and South Korea for five decades.

I hope there will be no losers in this war, and the final winner will be the country that has managed to endure the hardships for the longest period of time. High risks, high profits, dangerous moments - these may nevertheless bring the most lucrative benefits to emerging countries.