China gearing up to mass purchase IC equipment and materials 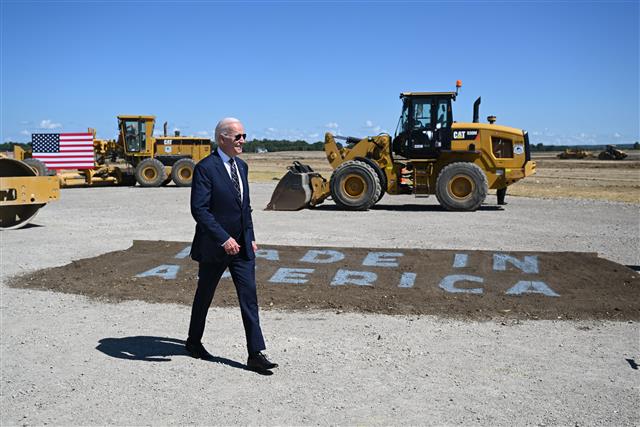 Under strong government funding support, Chinese foundries SMIC and Hua Hong Semiconductor, memory makers, backend specialists and PCB suppliers are all placing massive short lead-time orders with equipment and materials suppliers in Taiwan, Japan and Korea, requiring shipments to be delivered in the shortest time regardless of prices, the sources said.

Taiwan equipment makers noted they originally expected the market demand will cool down after July-August, but the unexpected strong influx of rush orders from Chinese clients are driving up their shipments amid market headwinds.

The makers estimated this round of order momentum from China will persist through at least the end of 2022, and whether it will continue in the first half of 2023 will hinge on the extent of further US pressure to thwart the development of China's semiconductor industry.

Chinese semiconductor players are bracing for the worst-case scenarios associated with a spate of US measures for blunting China's advanced chips design and manufacturing capabilities, and the scale of their overseas equipment and materials purchases will be far greater than that of Huawei prior to US sanctions, industry sources said.

Among the measures, tech companies that receive subsidies under the newly legislated Chips and Science Pact for building manufacturing operations in America will be prohibited from shipping sub-14nm chips design and fabrication equipment to China or investing in sub-28nm chips production there.

The US has also initiated Chip 4 Alliance, grouping Japan, South Korea and Taiwan, looking to strengthen cooperation among the parties and further contain Chinese semiconductor development.

Furthermore, the US has newly added the EDA software needed for developing GAAFET transistor architectures to the China-bound export control list, and American enterprises will have their foreign investments in semiconductor, AI, biotech, and clean energy technologies reviewed by the government under new executive orders signed recently.