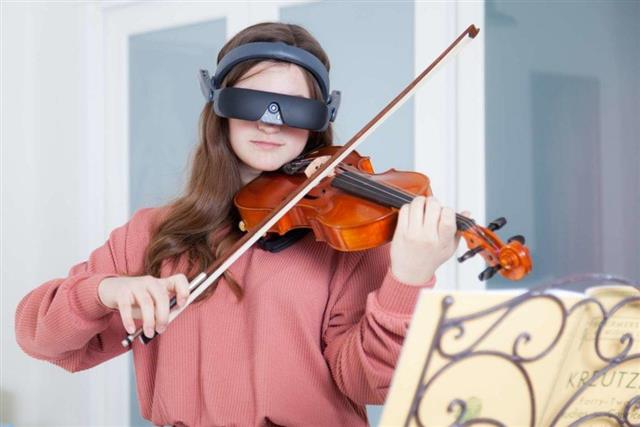 Vision impairment and blindness caused by diseases such as glaucoma and age-related macular degeneration (AMD) is a concern and potential threat to the economy for Asia, as the population is rapidly aging. eSight, a Canadian startup providing wearable devices to help restore or enhance the vision of people with low vision, is planning to expand to Asia by leveraging Taiwan as a platform for R&D and manufacturing for the region.

"The company's vision is to enhance and improve the quality of life of the 420 million low vision people in the world, and social impact is what we always have in mind, "said Gregory Ogorek, chief operating officer (COO) and president of eSight, who talked to DIGITIMES online to share the company's vision.

eSight has joined the Canada Technology Accelerator (CTA) program in Taipei and plans to leverage Taiwan as a platform for its expansion in the Asia Pacific region. "Taiwan is a unique place, which is friendly with Canada, and has a comprehensive supply chain that we can do one-stop shopping for all components," Ogorek said the lead investor of eSight, iGan Partners, is also very interested in exploring partnerships in Taiwan.

China and Japan are the two major targeted markets that eSight is considering as they are both aging societies with huge market sizes.

According to the China Association of the Blind, low vision conditions make up 20% of China's total disabled population. Therefore more than 17 million people in China have severe low vision. A large majority of the existing disabled low vision population, 13 million people, have late AMD, a condition that is treatable by eSight technology.

Taiwan as R&D and manufacturing base for Asia

iGan Partners is the first Canadian venture capital firm focusing on MedTech and digital health investment and has 17 companies in its portfolio. Those companies produce various devices such as X-ray equipment, monitoring device, and digital health products, which would also benefit from Taiwan's strength in hardware manufacturing.

"To serve the Asian market, we want to look at the potential manufacturing company that could help us source and optimize the manufacturing of the device from Asia, which makes sense," Ogorek expressed interest in collaborating with manufacturers in Taiwan but emphasized that products for North America will be built in Canada.

As a platform, Taiwan not only will serve as a manufacturing hub but also can play the role of a research and development (R&D) center. And iGan Partners, as a venture capital firm, is planning a major fund-raising in the first quarter of 2022. It is also interested in seeking potential investors and building up continuing ties with high-tech ecosystems from Taiwan, said Ogorek.

Disruptive tech for the vision-impaired

eSight was founded 14 years ago by an electrical engineer who wanted to create a device to help his two sisters who were legally blind due to Stargardt's disease. eSight has been mostly a lab for 11 years, building the prototype, trying a few things, until iGan Partners started to invest in the company 6 years ago as lead investor and helped it grow. The company's third-generation device, eSight 3 the first commercial product, was named as one of the 25 best inventions by TIME magazine in 2017.

Over the last 3 years, the company has reached around 3,500+ users in the world, mostly North America, and covers up to 25+ eye conditions. Their youngest user is 5 years old, and the oldest is 101 years old. The 80+ strong workforces of eSight are located in Ontario, Canada, with a manufacturing site in Ottawa and headquarters in Toronto.

"The most disruptive thing about eSight is mobility," said Ogorek. Most severely vision-impaired people rely on guide dogs, cane, and magnifiers, but their mobility is limited. Ogorek indicated eSight can improve or enhance the central vision of patients that are legally blind to a degree that they can resume normal lives.

eSight is a wearable assistive clinically validated device that has been published in OVS in 2018 and is FDA, CE Mark, etc. approved. eSight 4 sets a new standard for enhanced vision technology by providing even greater visual clarity, a more versatile hardware design to enable unprecedented mobility and all-day use and incorporates new advanced cloud-based capabilities and mobile apps.

The majority of people with vision impairment and blindness are over the age of 50 years; however, vision loss can affect people of all ages. As people are spending long hours working or gaming on the screens, cases of eye diseases such as glaucoma and macular degeneration have been on the increase for people in their 40s or even younger. 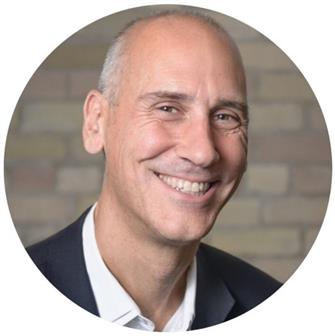 Editor Note: What is the economic impact of vision impairment? National Alliance for Eye and Vision Research points out that eye disease and vision loss cost the United States $68 billion annually. The average annual salary for visually impaired adults is nearly $10,000 less than for those with normal vision, but the visually impaired are also less likely to be employed — 44% compared with 85% of adults with normal vision.