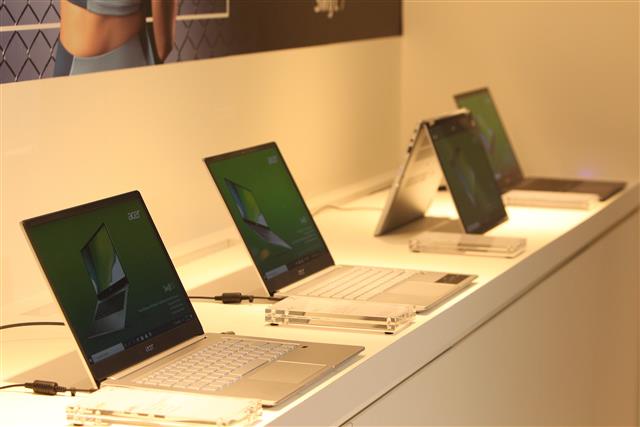 Global top-5 notebook brands saw their combined shipments nosedive nearly 40% on month and 38% on year in February as the notebook supply chain, which has over 90% of poduction capacity in China, was seriously disrupted in the wake of the coronavirus outbreak, according to Digitimes Research.

Among the global top-5 brands, only Dell and Lenovo shipped over one million notebooks in February. Dell, which had its ODM partners keep some workers at plants to work during the Lunar New Year holidays, had an on-month shipment decline only larger than those of Lenovo and Asustek, and was the largest brand worldwide for the second consecutive month in February, Digitimes Research's numbers show.

Lenovo's in-house production lines in Hefei achieved a production resumption rate of nearly 60% in February, allowing its shipment to be above par.

Hewlett-Packard (HP), without arranging production during the Lunar New Year break and having most of its production lines in China's Chongqing, where rules for production resumption are stricter than other places, experienced an over 50% on-month decline in February shipments.

The top-3 ODMs suffered an on-month decline of 42% in their combined shipments in February. Quanta had a larger on-month drop than the other two as its production resumption was much slower than its fellow makers.

Although ODMs' capacity is likely to be restored fast in March, tight supply of components resulting from labor shortages at related makers are expected to become an issue for notebook makers.