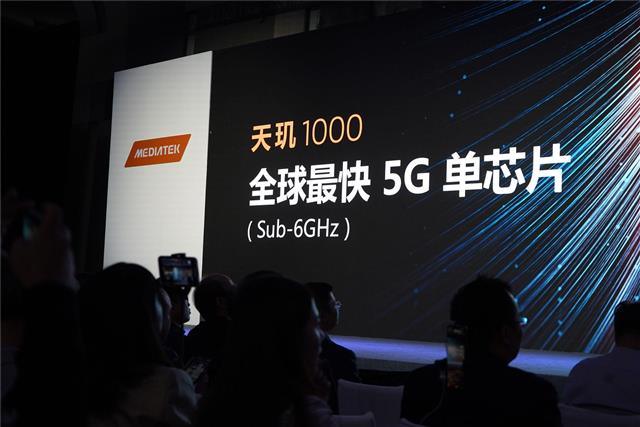 IC design houses in Taiwan and China will see the coronavirus outbreak impact their revenues for the first quarter of 2020, and foundry and backend houses may take clearer hits starting in the second quarter, according to a study by Digitimes Research on impacts of the epidemic on semiconductor, panel, handset and notebook sectors.

Impacts of the outbreak on IC designers have gradually surfaced in February, as China's first-quarter demand for smartphones has been revised downward by 15% from January estimates, significantly denting shipments of MediaTek and HiSilicon relying heavily on the Chinese market. In addition, demand for their 5G APs may remain weak until the fourth quarter.

Foundry plants in China, boasting highly automated operations, have seen smaller impact in the first quarter as they can sustain normal runs following the Lunar New Year break. But they will see growth momentum weaken starting the second quarter as epidemic-induced shrinkages in consumer demand and delays in product launches will slow inventory depletion at IC designers, with 5G chip shipments unlikely to see significant increases until the fourth quarter.

For IC backend plants, which require the support of relatively larger workforce, their operations will remain plagued by slow return of employees for at least two more weeks and it will take one more month to ramp up their capacity utilization to 80-90% if there is support of sufficient backend orders.

Digitimes Research estimates that if the entire supply chain of the semiconductor industry in China can resume normal operations in early March and the epidemic can end in the first half of the year, the industry is expected to gradually return to growth track in the third quarter.

China-based panel makers BOE Technology, Tianma Microelectronics and China Star Optoelectronics Technology (CSOT) all have plants in Wuhan, the epicenter of the coronavirus outbreak, and they can hardly resume normal operations in the foreseeable future. Among them, CSOT is suffering the most as its 6G LTPS TFT LCD panel fab there is estimated to be running at only 30% of its capacity in the short term due to serious labor shortages. This will significantly undermine the firm's shipments to clients as the plant now account for 10% of global LTPS LCD production capacity, although the company has managed to mitigate impacts of traffic controls on transportation of raw materials and finished products.

As Tianman's 4.5G a-Si TFT LCD line in Wuhan has shifted to production for industrial control and medical applications and its 6G AMOLED line there still registers low yield rates and capacity utilization, their production delays will not much affect the overall supply. BOE's 10.5G LCD line and CSOT's 6G AMOLED line are still at an initial volume production stage with global capacity contribution ratio of less than 1% each, and therefore their failure to resume normal production soon will neither much affect global supply, according to Digitimes Research.

Meanwhile, CEC Panda LCD Technology's Nanjing plant, BOE Technology's plants in Chongqing and Hefei, and Century Technology's plant in Shenzhen will not restart production until February 17, with their massive shipments of LCD panels to be somewhat impacted. In contrast, Chinese AMOLED panel makers such as EverDisplay Optronics, Visionox and Royole will remain less affected as they mainly adopt imported components.

Many panel makers in China are suffering insufficient supply of components, particularly PCBs and backlight modules, as many plants operated by Taiwanese PCB makers in Huangshi and Xiantao, both adjacent to Wuhan, can hardly restart regular operations due to serious labor shortages and labor-intensive production of backlight modules at most plants are also unlikely to run smoothly.

In the handset sector, four major Chinese vendors Huawei, Oppo, Vivo and Xiaomi have lowered their shipment projections for the first quarter of 2020, with their combined quarterly shipments estimated to fall by 15.2% to 84 million units as it would take time for their supply chain partners to resume high capacity utilization while domestic consumer demand is also being eroded by the outbreak, Digitimes Research estimates.

Camera lens maker Largan Precision, EMI parts supplier Triumph Lead Group and many touch control makers, for instance, can register only up to 50% capacity utilization till mid-March, and may face shipment disruptions if the epidemic fails to have eased by then.

Foxconn, a major assembler for iPhones and other Chinese handset brands, is also suffering from uncertainties in employee returns to its plants in Chinese cities of Zhengzhou, Longhua, and Taiyuan, which is likely to drag down shipments of a new entry-level iPhone model by 10% in the spring and affect scheduled normal shipments of new iPhones in the autumn.

Samsung Electronics should be more immune to the epidemic thanks to its heavy production deployments in India and Vietnam.

As up to 90% of global notebook shipments come from China, the coronavirus has dealt a heavy blow to both supply and demand of the sector, according to Digitimes Research.

Taiwan's major notebook ODMs including Compal Electronics, Quanta Computer and Wistron have resumed operations at their plants in Chongqing, Kunshan and Shanghai at low capacity utilization rates of around 20% since February 10, and the utilization may gradually pick up starting February 24 after returning employees finish a 14-day quarantine and their components suppliers restart production then.

The ODMs still have to recruit new employees to fill labor shortfalls associated with low rates of returning employees, but the recruitment will be increasingly difficult as Chinese people increasingly prefer working in the service sector to the manufacturing industry.