Michael E Marks, incumbent chairman of Katerra and former CEO of Flextronics has pointed out that Taiwan should focus on the manufacturing of products with premium values instead of mass production of entry-level devices.

Marks made the comments at the G2 and Bedyond forum that Digitimes organized in Taipei on June 22, which also featured SoftBank chairman Masayoshi Son and Foxconn Technology Group founder Terry Gou.

Marks pointed out that technologies have changed a lot over the years. In the early 1980s, most of the technology companies were relatively small, but now tech firms have become the most important ones in the world, which gives Taiwan an important role to play in the existing ICT ecosystem.

He believes that Taiwan is in a perfect position in the supply chain today because of its high-quality education, strong engineering, good working ethics, and respect for intellectual property, and fair amounts of capital. With these resources coming together, Taiwan has great opportunities to advance to a new level in the technology space.

Marks noted that the tech industry has changed from a field filled with discrete products to a series of tools that are used to disrupt other old industries.

Citing Softbank's investments as an example, Marks pointed out that many of the firms that the Japanese conglomerate has invested in are applying technology tools such as cloud, software, robotics and AI, to traditional businesses to create massive new opportunities within these industries, with Taiwan's upstream supply chain playing a major part in facilitating these opportunities.

Marks pointed out that the smart energy system that Katerra and Delta has jointly developed is able to cut 70% of used space compared to other available systems in the market, while the costs are 30% lower and energy consumption is 40% less. He stressed such systems can only be accomplished by Taiwan's makers.

Marks said that Taiwan is perfectly positioned to do new technologies for all kinds of smart industries as many western enterprises are finding it difficult to acquire solutions with such high technology from China or India.

Marks believes the semiconductor industry is becoming more and more important, while Internet of Things (IoT), software, sensors and AI will be found in every aspect of human life including cars, buildings and hospitals. Taiwan should focus investments in top-end manufacturing, smart products and applications, and find its position in the future ecosystem. 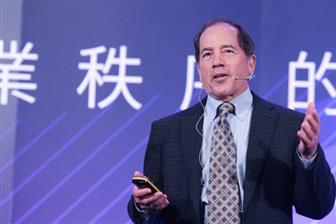