Samsung's ups and downs (6): Caught in an awkward position with the risk of being isolated 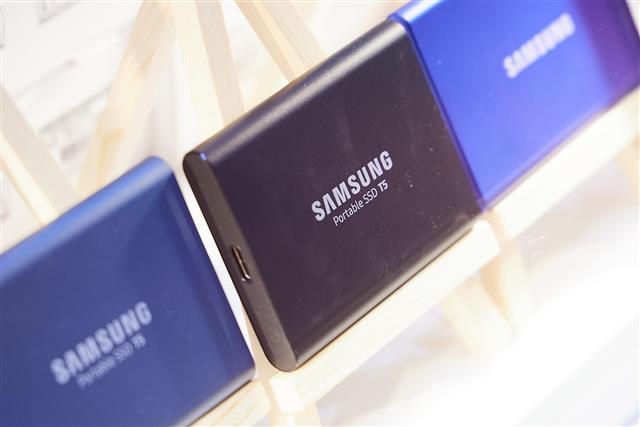 Japan and the EU are actively seeking cooperation with Taiwan, and the US has even proposed the Chip 4 semiconductor industry alliance trying to secure its strategic partners in the Asia-Pacific region. But South Korea has its concerns about such an alliance.

South Korea's had a high trade deficit of nearly US$10 billion monthly in July and August, mainly due to decreases in semiconductor exports. The surging prices of imported energy and raw materials, and the devaluation of the Korean currency have been fueling the pressure. The incumbent South Korean president Yun Seok-yeol's popularity ratings have dropped to low levels comparable to those for his predecessor, Lee Myung-bak, during the 2008 financial tsunami. Hard times are lying ahead for South Koreans, many of whom can still recall the difficult days during the 1997 financial crisis.

In 2021, 60% of South Korea's and Taiwan's semiconductor exports went to China. Samsung's Xi'an plant and SK Hynix's Wuxi plant - both in China - contributed more than 40% of NAND flash and DRAM output, respectively, and we can see why Samsung and SK Hynix are finding themselves in an awkward position as far as Chip 4 is concerned.

But Taiwan and Japan are unquestionably on the US side due to industrial structures and political reasons, and Japan's move to impose control on the exports of three semiconductor materials to South Korea in July 2019 said it all about the industrial relationships between the two countries.

On the contrary, Taiwan and Japan are highly complementary to each other in terms of the diverse needs of the Internet of Things (IoT) and electric vehicle (EV) sectors. Taiwan is good at manufacturing but its foundation in equipment and material industries is weak. Japan not only has a strong foundation in material and equipment industries, with Kioxia remaining a major player in the memory sector, and Rohm Semiconductor a potential partner of Taiwan in cooperation for high-power, third-generation semiconductors.

It may be fair to even say that South Korea is probably the most isolated among the top-4 semiconductor-producing countries. It depends heavily on memory, a sector where customers will automatically adjust memory capacity in their devices according to price changes, which is very different from the "indispensable" logic chips.

Basically, the future strategy of South Korea's semiconductor industry will be built around memory-based "in-memory computing," strengthening the non-memory and material/equipment sectors, and reducing the risk of memory market volatility.

Due to the components shortages, equipment suppliers saw lead times extended to 12 months in 2021 and further to 18 months by mid-2022. The recent economic downturn is easing the shortages a bit, but equipment delivery remains slow, affecting big players, including TSMC. It is natural that their expansion projects have to be slowed down.

Although South Korea's material and equipment makers have made progress, they are not top players and can hardly withstand severe competition. The current US measures to restrict semiconductor exports to China and Russia undoubtedly are reminding South Korea that a complete semiconductor ecosystem is crucial to competitiveness.

In addition, DUV/EUV equipment and ESG will be the weaknesses of South Korea's future industry competition if there are no proper solutions. When the manufacturing processes come to 7nm for non-memory and 1z/1 alpha for memory, EUV equipment is an essential element for competition, and South Korea cannot afford to be restricted in terms of semiconductor equipment.

South Korea, which has been historically manipulated by hegemonic powers, is keen to have autonomy. But without political support, medium-sized countries may find themselves facing big risks if they want to compete for global leadership.