The memory industry (2): The era of makers utilizing manufacturing processes and equipment for both DRAM and 2D NAND flash 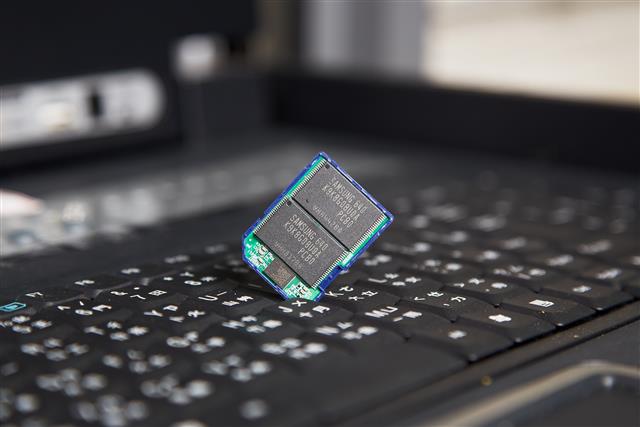 NAND flash was invented by Toshiba in 1989 and entered commercial mass production in the early 2000s. Since NAND flash has much faster access speed than mechanical hard drives, and since small-storage persistent memory products were gaining popularity, memory companies began placing increased focus on NAND flash.

2D NAND flash is very similar to DRAM on a technical level: each memory cell includes a transistor for memory read/write control; all memory elements on a transistor are made of composite crystal (DRAM capacitor and NAND flash floating-gate MOSFET); and only few layers of metal interconnection are needed on the top.

The DRAM market had a five-year business fluctuation cycle. When market demand was high, memory companies would advance their manufacturing processes and expand production. Once the supply outweighed the demand, DRAM prices would drop, and companies would see diminished profit or even losses, and manufacturing process development would slow down due to reduced research funding. Limited production capacity expansion would then result in supply being gradually outpaced by market demand once again, and a new fluctuation cycle would begin. DRAM companies had grown used to the fluctuation model, and they were able to survive when there were no economic disasters like the 1997 Asian financial crisis and the 2009 global recession.

When memory companies began to utilize processes and equipment for both DRAM and 2D NAND flash, the business fluctuation cycle in the market began to change. Since NAND flash was new to the industry and there were less players in the competition, prices of NAND flash products were relatively stable. When DRAM prices fell, companies that produced both memory types had a different reaction from memory makers in the past. Having already developed new-generation technologies for NAND flash, companies that produced both memory types were able to produce DRAM with minimal costs. Their strategy for sluggish DRAM demand was to produce even more DRAM products to lower average costs, which resulted in further decline of DRAM prices. Although the situation was manageable for companies that produced both memories, it was catastrophic for those that only focused on DRAM production. The lack of fluctuation cycles had greatly prolonged the period during which DRAM prices were low.

After experiencing a peak period in 2006, the DRAM industry started to see market demand drop as part of the fluctuation cycle. When the global recession hit in 2009, sluggish market demand was prolonged to until 2012 with the industry's fluctuation model having undergone a fundamental change. Companies that only produced DRAM were severely impacted, and some even shut down businesses.

On the surface, the reason for the fundamental change to the memory industry is that a new factor - synergy - was added to the competition. However, the scope of the R&D economies of scale was a bigger reason. Companies that suffered losses in the competition were those with lower market share. While they understood the importance of NAND flash development, they could barely find R&D funding to develop DRAM.

(Editor's note: This is part of a series about the memory industry written by DIGITIMES adviser Albert Lin. Lin received his PhD in Physics in 1988, taught at National Central University, and then move to the technology industry. Lin used to serve as director and vice president of ProMOS Technologies, and president of ConDel International Technologies. He was an advisory member of Taiwan Semicon, chaired the Huangguang Forum, and was chairman of the Supervisory Board of Taiwan Semiconductor Industry Association. Now, Lin is visiting research fellow in the Department of Physics, National Taiwan University. His main research fields are new materials, new mechanisms, and basic research on quantum information. He is standing supervisor of the Taiwan Association of Quantum Computing and Information Technology.)