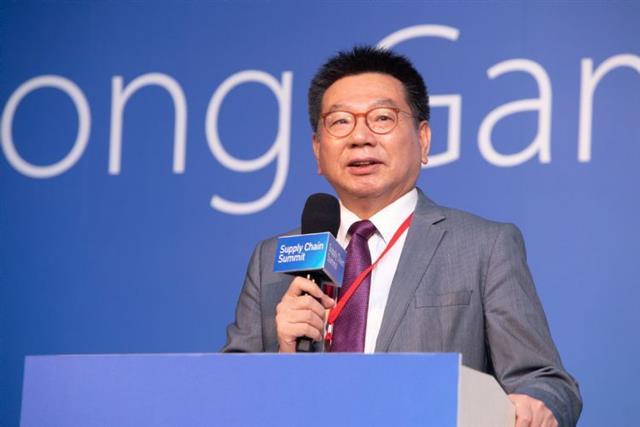 Taiwan, which boasts a world-class ecosystem, can expect to have a golden decade in the next 10 years, according DIGITIMES Asia president Colley Hwang.

Hwang was speaking at the opening of the DIGITIMES Asia-hosted Supply Chain Summit.

Taiwan now is not only a connection with China, but also a key member in the high-tech island chain, just as it was in the first island chain, said Hwang, urging the Taiwanese government to make policies with which it can expand partnerships in ASEAN and South Asia.

From a geopolitical point of view, the previous first island chain formed by Japan, South Korea and Taiwan has transformed into the present tech island chain where its countries collaborate with one another in one way or another, Hwang said. For example, Taiwan needs equipment and materials from Japan, and Japan needs Taiwan's advanced manufacturing tech for semiconductor - all providing business opportunities.

Hwang noted that Taiwan makers have a massive presence in many semiconductor sectors, with TSMC, backend service providers, WPG Holdings and WT Microelectronics all occupying important positions in their respective fields. Although Taiwan's semiconductor industry has structural advantages, Taiwan is also competitive in other sectors, he said.

The fluctuations in the IT industry in recent moths are sending many wondering how bad the economic downturn would be in 2023. Hwang remarked that the global notebook market had a size of about 248 million units in 2021, but the volume is forecast to reach only about 200 million units in 2022. The handset market at its peak had a shipment volume as high as 1.4 billion units, but in 2021, the volume was about 1.3 billion, with 2022 expected to see a decline to only 1.1 billion. China's handset market is expected to see a 20% decline in 2022, and of the world's top-10 handset brands, eight are Chinese, meaning weak sales in China's handset market will naturally affect handset components sales.

Hwang noted that although notebook and handset sales are trending downwards, two other sectors are promising strong growth. The first is the server sector, thanks to rising demand from datacenters. Currently the world has 600-700 super datacenters, each consisting of several thousand servers. And of the world's server production, Taiwan makers account for about 92%.

Second, Hwang pointed out, many have been talking about business opportunities in India, where one fourth of the world's handsets are made. But India's future industrial focus may not be on handsets or notebooks, and it is unlikely to repeat what China has gone through. The next focus will be the automobile industry, Hwang said. India is already the 5th largest car market in the world, with a size of four million vehicles a year. For two-wheelers, the market is 20 million units a year. But the proportion of electric vehicles (EV) in India is less than 1%. If India wants to establish its EV industry, Taiwan will be a good partner, Hwang said.

Despite the current economic headwinds, Taiwan is in a good position to welcome a golden decade. But as Taiwan is involved in a world-class ecosystem, if cross-strait relations see drastic changes, the impact would last not just for three to five years, but rather 10 to 20 years, Hwang warned.