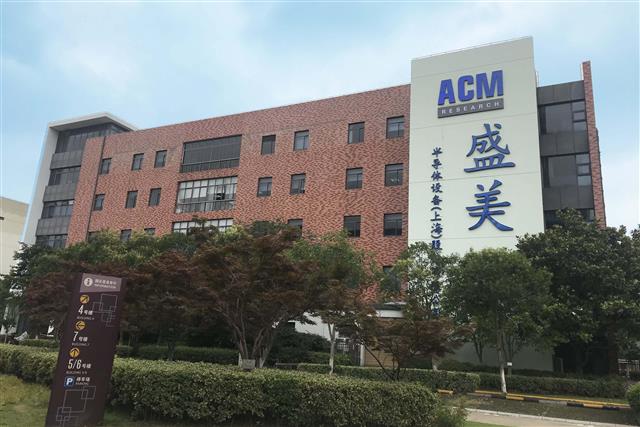 ACM Research, a supplier of wafer cleaning technologies for advanced semiconductor devices, has had its Shanghai-based subsidiary start trading on the science and technology innovation board (STAR) of China's Shanghai Stock Exchange (SSE) recently.

Strong customer demand is encouraging ACM Research (Shanghai) to expand its Chuansha factory site with production capacity doubling to 20,000 square meters in 2021, according to the company. The additional output will boost its total output value to CNY3 billion (US$470 million) annually this year, which will climb further to top CNY4 billion in 2022.

ACM Research (Shanghai) is also constructing new R&D and production facilities in Lingang, Shanghai, and expects to kick off production at the site by early 2023.

ACM president and CEO David Wang has expressed optimism about China's homegrown semiconductor market, which will be expanding at a rapid pace over the next three to five years.

ACM with its patented SAPS (space alternated phase shift) technology has reportedly cut into the supply chain of major chip vendors, such as SK Hynix. The company also received a patent in the US for its another wet-cleaning equipment technology, TEBO (timely energized bubble oscillation), which has reportedly attracted orders from not only SK Hynix but also China-based Huahong Group, SMIC and YMTC.

ACM Research is a Nasdaq-listed company.