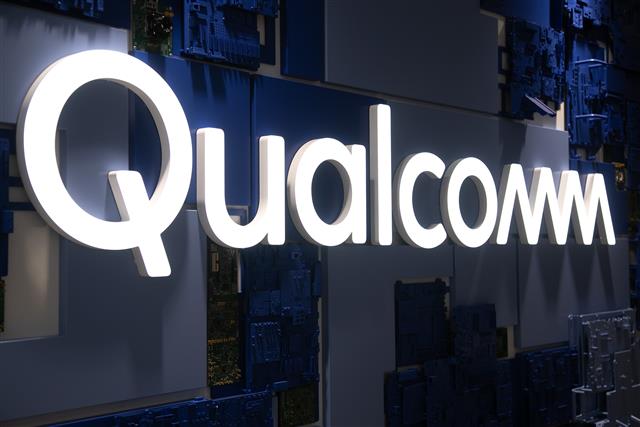 Qualcomm plans for its next-gen Arm-based CPU for PC/NB to go head to head with Apple's M-series chips sometime in the next 9 months, announced CTO of Qualcomm Dr. James Thompson at the company's annual Investor Day event in New York.

Qualcomm acquired Nuvia in February 2021 as a springboard to break into Arm-based CPUs. However, with Qualcomm's previous record in NB CPUs, challenging Apple is a bold move. Companies such as Intel have also felt the impact of Apple's M-series chips.

Compared to the wave of Arm-based CPUs that came out after Apple first launched the M-series in 2020, Qualcomm's previous attempts at Arm-based CPUs in NBs and tablets were filled with frustration. Not only did the Snapdragon 8cx processor in the Samsung Galaxy Books fail to meet expectations, but the SQ1 processor in the Microsoft Surface Pro also did not perform well.

With Qualcomm's previous lackluster results in previous Arm-based processors, expectations within the industry remain low. However, this is one of the reasons Apple Silicon and the M-series of processors was able to do so well in the NB CPU market: lower expectations mean a higher rebound.

Qualcomm's Snapdragon SoC has been widely adopted by high-performance mobile devices, which benefit from the excellent performance per watt from its Arm-based processor design, a feature shared by all Arm-based devices.

Qualcomm claims the general trend is shifting toward Arm architecture. Although Qualcomm's claims are a bit bold, many say they are similar to Apple's early claims about the M1 processor. It is possible that Qualcomm is trying to reproduce Apple Silicon's success. Even if the shift toward Arm architecture in the future computing industry is inevitable, whether or not Qualcomm can form alliances with strong partners will be the key to its success.

As part of Apple's Apple Silicon transformation, the M1 Pro and M1 Max released in 2021 are the most powerful and functional chips Apple has ever built. Together with the M1 chip released in 2020, the M-series currently leads the industry in terms of performance, custom technology and energy efficiency.

After Qualcomm announced it would send samples of its Arm-based CPUs in the second half of 2022 and launch its next-gen processors in 2023, there have been reports that Samsung's wafer foundry division is actively using the 3 nm gate-all-around (GAA) process to entice Qualcomm.

Mass production of TSMC's 4 nm process (N4P) is being used for its first batch of clients. This includes the MediaTek Dimensity 9000 chipset, set to appear on the market in the first quarter of 2022, as well as Apple's flagship A-series and M-series processors, which are set to be mass-produced using N4P in the second half of 2022. If Qualcomm wants to go head to head with Apple in 2023, can Samsung help?

Unlike Samsung, TSMC's 3nm process continues to use the FinFET architecture. Based on known technology, it continues to deliver cost-competitive and high-performance products to customers. Companies can use a customer-oriented motive to decide whether to use the 3nm architecture.

Compared to TSMC's first-gen 3nm process that still uses FinFET architecture, Samsung claims it will mass-produce using the 3nm process using the GAA transistor in the first half of 2022. This could impact designs related to Qualcomm's Nuvia processor.

In light of this, the current problem is this: after competing against Apple with Arm-based CPUs in 2020 and 2021, Intel intends to take on Apple's Meteor Lake processor in 2023 with its x86 architecture, as well as introduce the Intel 4 process (previously Intel's 7nm process) which still uses the FinFET transistor architecture.

If Qualcomm challenges Apple Silicon with a next-gen CPU launch in 2023, do they want to take the risk of introducing GAA architecture design and work with Samsung's wafer foundry? Or do they want to keep the status quo and use TSMC's 3nm FinFET process for mass production?

With Apple's close working relationship with TSMC, when TSMC's first-gen 3nm FinFET process is mass-produced in the second half of 2022 or the first half of 2023, it is expected that Apple's SoC will continue to advance to the 3 nm generation.

Will Apple Silicon start producing using Samsung's 3nm GAA process? Perhaps Qualcomm's bold attempt can be a cautionary tale for Apple. But is the possibility of Samsung's production failure really worth the risk for Qualcomm? Even if Qualcomm is able to support Samsung's 3 nm GAA process, it may not necessarily be the best business strategy.