MedicalTek has upgraded MonoStereo from 2D to 3D to enhance surgeons' feeling of harmony between eyes and hands in a bid to hike quality, safety and efficiency for minimal invasive surgical operation, Liu noted. 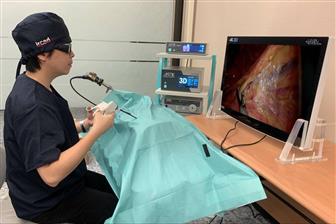 Tags
AUO display Display system Displays IT + CE medical Software, big data
Companies
AU Optronics
Looking for startups?
Startup database
Profiles of startups from Taiwan and around the world: their technologies, product developments, fundraising rounds, etc. All startups are welcome to register their profiles - free of charge.
Register
Accelerators & incubators
Information about accelerators and incubators from Taiwan and around the world that are mentoring startup businesses and teams. All mentors are welcome to register their info - free of charge.
Register
Events calendar
Major events, including those organized by the government, DIGITIMES, and others, featuring startups, innovative technologies and products from Taiwan, Asia and around the world.
Realtime news
Supply chain