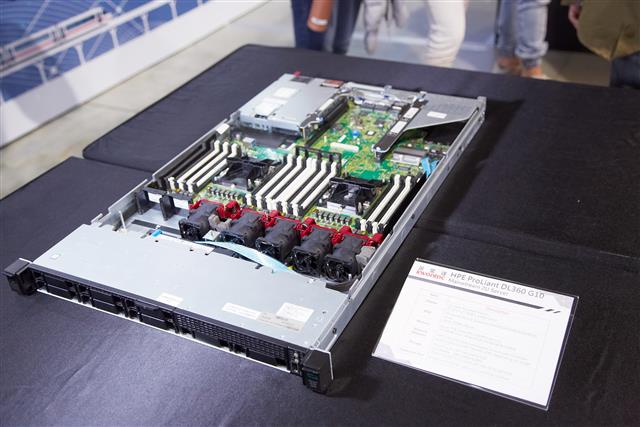 Global server shipments went up 13.4% sequentially in the fourth quarter of 2019 thanks to rising demand from US large datacenter companies and China's server market. However, shipments in the first quarter of 2020 are expected to be affected by China's coronavirus outbreak, according to Digitimes Research's latest server tracker.

Server demand from large datacenters remains strong in the first quarter of 2020, but the outbreak has undermined the operation of the related upstream supply chain. Now global server shipments are expected to decline 9.8% sequentially, compared to previous prediction of a 1.2% growth. The volumes' on-year growth fo the firsst quarter will also shrink from 37.9% to only 22.9%, Digitimes Research's numbers show.

Global server shipments suffered on-year declines in the first half of 2019 because of the US beginning to impose tariffs on servers imported from China and many datacenters had pre-stocked extra inventory in 2018 to minimize the tariff's impacts. Global server shipments resumed on-year growths starting the second half of 2019 with a growth rate of 1.2% for the whole-year 2019.

Datacenter companies such as Facebook and Microsoft still have strong demand for servers for the first quarter of 2020. Facebook is particularly interested in buying high density models and should benefit makers such as Wiwynn and Quanta Computer. However, because of the coronavirus outbreak, these orders, which were originally scheduled for shipments in the first quarter, have already been postponed to a later time.

Many key factors are expected to affect server shipments in 2020. Demand from large datacenters will continue to act as the key growth drivers for the market, while server players including Lenovo, Inspur and Supermicro are planning to raise the proportions of their in-house server production.

AMD's second-generation EPYC server processors have continued to bring pressure on Intel. To maintain its competitiveness, according to sources from the upstream supply chain, Intel will release its next-generation Ice Lake platform in the third or the fourth quarter of 2020 for the server market. At the moment, Taiwan's upstream supply chain is completing tests for the new platform's compatibility and the solution is expected to become one of the key shipment drivers for 2020.