2023 Outlook: 8 trends to shape semiconductor industry in 2023 and beyond 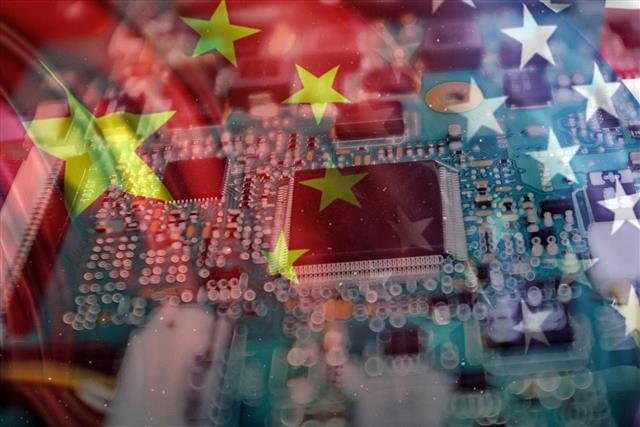 The tumultuous year of 2022 triggered the correction of the semiconductor industry inventory, and firms are responding to the short-term downcycle, but there are trends developing in the background that are worth monitoring.

Since a multitude of applications, such as artificial intelligence (AI), AR/VR, Internet of Things (IoT), autonomous vehicles, electric vehicles, high-performance computing (HPC), aerospace, satellite communications, 5G/6G, smart cities, health tech, etc, all depend on advancements in semiconductor technologies to enable their innovations, we believe the following trends will shape the development of the semiconductor supply chains in 2023 and more years to come:

AMD, Intel, and Nvidia all have plans to launch new CPU and GPU products in 2023. Apple will launch a new laptop with 3nm chips made by TSMC in 2023, too. It is also rumored that Apple will launch its AR/VR device in 2023. The sales of new and innovative end products will drive the growth of chips. The current high inventory of various components and finished products will be digested in the first half of 2023, according to DIGITIMES Research.

Besides the government incentives for increasing domestic chip production, the longer-than-expected Russia-Ukraine war has pushed semiconductor companies to seek alternative sources for materials such as neon and foster domestic suppliers. Companies have been trained by the challenges over the two tough years and have developed stronger resilience in supply chain management. Meanwhile, climate policies such as net-zero carbon emission requirements are driving companies to cut carbon footprints. End-device customers may start to demand chips produced near their main markets or assembly sites, thus increasing regionalization instead of globalization. Apple reportedly has placed an order for 3nm chips produced in America and also TSMC's confirmation of planning to produce 3nm chips in Arizona has provided evidence for this trend.

US-China tech war is expected to last, and decoupling will continue

As we may continue to see more regulatory restrictions and changes in tech export controls in the future, all will suffer. There are already reports regarding companies trying to decrease US tech content or change nodes to avoid US sanctions. Stephen Olson, a senior research fellow at the Hinrich Foundation, wrote that "the Biden-Xi meeting in Bali only served to reconfirm that the core, systemic fault line which divides the countries and has given rise to the US-China trade and technology war will not be narrowed anytime soon."

Read more: 2023 Outlook: Coming out of year of Black Swans, semiconductor industry likely to be less volatile in 2023

Competition heats up in the memory oligopoly

Micron has announced cuts in DRAM and Nand production to mitigate price falls. SK Hynix has also announced a 50% cut in capital expenditure. Those measures are conducive to weathering the fall of memory prices, but we need to watch out for Samsung's move because it is the only firm that refuses to cut output or CAPEX. Competition is fierce in launching Nand flash with 200+ layers. SK Hynix plans to launch DDR5 chips of 1 beta processing node in the first half of 2023, while Micron has already started mass production of its 1 beta processing node chips in 22Q4 in Taiwan and is now preparing for mass producing 1 gamma node in 2024.

Brand and system owners designing their own chips have become mainstream, and many of them choose to adopt Arm or RISC-V architecture. Though some may find Canalys' recently forecast of 50% of server and 30% of notebook PC markets to be Arm-based by 2026 ambitious, the rapid growth of RISC-V maybe even more stunning to them. Calista Redmond, CEO of RISC-V International Foundation, had said that RISC-V is expected to take 14% of global CPU market and 10% of the global automotive core market respectively by 2025, and RISC-V cores are likely to see another 100% growth in 2023. Semico forecasts the compound annual growth rate for RISC-V cores between 2018 and 2025 will approach 160%.

Moore's Law is continued not just by EUVs

Foundries are developing innovative technologies such as carbon nanotubes, in-memory computing, 3DIC heterogeneous integration, compound materials, etc, to create chips that occupy smaller areas with greater computing power and less energy consumption. And new players are coming in to join the competition in the Angstrom era. Besides efforts on the supply side, If there are enough innovations in end devices to drive the demand for chips sub-2nm, we will see a continuation of Moore's Law, which predicts that the number of transistors on a chip will double every 2 years.

Due to the complexity of the division of labor in the global semiconductor supply chains, there are simply not enough engineers to fill the job vacancies in the semiconductor industry worldwide, at least in the short term. It is already the case in Taiwan, which is already having the largest supply of semiconductor engineers to produce 60% of the chips in the world. While countries and companies have committed capital and resources in ringfencing chip supplies and increasing domestic production, talent shortages are difficult to resolve any time soon and can hamper the effectiveness of the investments. The talent shortage will be even more severe in countries that are building their semiconductor industry ecosystem back up or from scratch. Without sufficient talents, the gigantic investments to build domestic chips will remain a pipe dream.