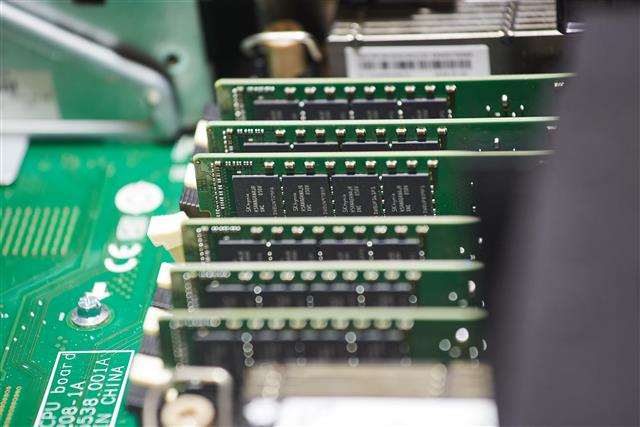 The DRAM market often enjoys robust sales in the second half of the year when system makers place orders for memory used in their new-generation products due for release during year-end holiday season. That scenario has not panned out this year, however, IC Insights said.

Weakening economic conditions and high inflation rates have slowed global demand for personal computers, mainstream smartphones, and other consumer electronics. As a result, DRAM demand has spiraled downward with sales in the second half of 2022 forecast to fall 40% compared to those in the first half, IC Insights indicated.

The DRAM market enjoyed robust sales during the first several months of 2022, before the first signs of a significant DRAM market correction began to appear in the late second quarter, IC Insights noted.

The world's top-3 DRAM companies noted in their earnings calls that inflation had put a dent in consumer spending, at a time of year when sales normally heat up. Combined with ongoing supply chain disruptions and bloated inventory levels, a DRAM market correction was almost unavoidable, IC Insights said.

Micron Technology reported an 11% increase in its sales for fiscal third-quarter 2022 ending in May. A looming market collapse was not evident in its quarterly sales results, but the company dropped a bomb by giving sales guidance of negative 17% for its fiscal fourth quarter ending in August, IC Insights indicated. Actual results for the fiscal fourth quarter represented a 23% decline, much more than its guidance.

Samsung Electronics and SK Hynix also announced steep declines in their third-quarter 2022 memory sales, with both expecting DRAM market weakness to continue through the end of this year, and at least into first-quarter 2023, IC Insights said.