Leaders in semiconductor in 2030 (2): Taiwan tech industry's era of no borders 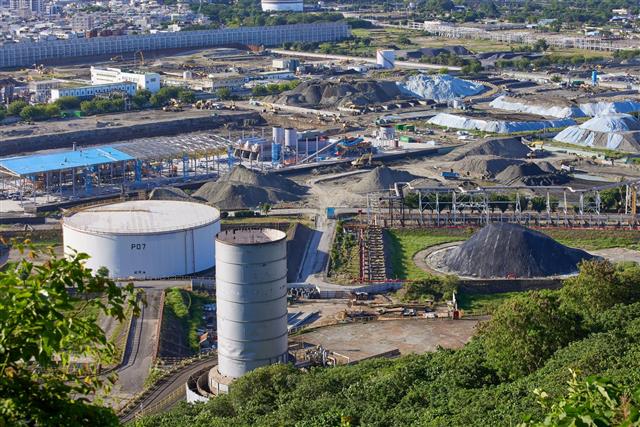 The construction site of a new TSMC fab in Kaohsiung. Credit: DIGITIMES

Sun Tzu's "The Art of War" maintains that troops start out with their own country's supplies and then get replenishments from the enemies. Taiwan may be small, but it can make use of different strategies. We may still get inspiration from the wisdom of 2,500 years ago.

From US president Joe Biden to commerce secretary Gina Raimondo, they all acknowledge that Taiwan holds the world's most advanced semiconductor processes and production capabilities; and if war broke out across the Taiwan Strait, Morris Chang even speculates that TSMC - the foundry house he founded - could be destroyed. But does TSMC really belong to Taiwan? Don't forget that over 70% of TSMC's shares are held by foreign investors, and nearly 70% of its customers are American firms. And there are many American executives working at TSMC. In a sense, TSMC is a company created jointly by global businesses.

Taiwan has built an irreplaceable ecosystem through years of efforts, and the players in its ICT supply chain support one another and grow together. The manufacturing sector that mainly produces notebooks, servers and handsets rely mostly on overseas production facilities, while the matters concerning investment decisions and management are still handled by the headquarters in Taiwan. The new era provides a new context that news new strategic thinking. Based on the concept of coexistence and co-prosperity in the overall environment, we can gain the biggest advantage by holding an impeccable position and working in a decentralized way.

Taiwan, with a population of only 23 million, has come a long way. Though still not recognized internationally as a "normal country," Taiwan is now considered an irreplaceable powerhouse in the semiconductor industry.

In the 1970s, when the global semiconductor industry was in its infancy, Taiwan sent a team to the United States to learn from RCA - a learning tour similar to that a Japanese delegation had gone on in the 1870s. The Japanese delegation was mesmerized by what they saw in the West - that's how modernization of Japan began.

A century later, Taiwan sent more than 20 of its best young people to the United States in 1974 to learn from RCA, and these young people have since become heroes in the development of Taiwan's semiconductor industry. The impacts of the oil crisis on Taiwan in the 1970s, the severing of diplomatic relations with Japan and the United States, and withdrawal from the United Nations - these all traumatized the Taiwanese. Embarking on the semiconductor industry and building a science park at the time were an attempt to make something happen in a situation where little could be done.

In the 1980s, the booming personal computer industry brought Taiwan its first bucket of gold, and Taiwan, with orders from vendors around the world, became the "Republic of Computers." (My first book, "Republic of Computers," was published in 1995). Nearly 90% of the world's notebook production facilities were located within an hour's drive from Taipei to Hsinchu, making Northern Taiwan - similar to Silicon Valley - the densest production base in the global technology industry.

After 2000, the mass production work was relocated to China, but Taiwan has remained the hub of operation. From the PC foundation came business opportunity of import substitution for the IC design industry in Taiwan. And it's not just the IC design sector that's booming; the foundry and packaging sectors also took off. It has been a bumpy ride for Taiwan, but along the way it has also been full of luck.

The global industry landscape is not what it used to be: 80% of the products from Taiwan's major IC design companies go to China. It seems that Taiwan is highly dependent on China, but actually it isn't. The majority of Taiwan-produced components actually go to Taiwanese makers' assembly plants in China. Once the production structure changes and the production base is decentralized, the supply structure will also change.

In addition to the big orders from traditional OEMs, decentralized production systems will become mainstream, thanks to multiple business opportunities emerging for electric vehicles (EV) and smart applications. And 12-inch wafer fabs, which can cost as much as US$7 billion each to build, and the manufacturing sectors that need massive support of land and labor - they need to be able to support local needs. For the global economy, it may be in the best interest of everyone to have Taiwan's ICT industry operate without borders.

We will explore the possibilities in subsequent discussions in this series.