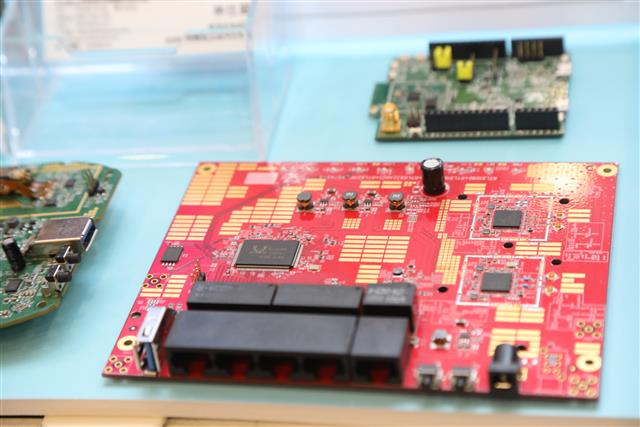 The memory industry is being greatly affected by the cyclical fluctuations of the economy, but automotive and industrial control applications have become the mainstay for NOR and NAND flash products, with high-capacity ones particularly gaining ground in such applications, according to William Chen, deputy director of flash product marketing at Winbond Electronics.

Chen said Winbond used to be the only major supplier of low and medium-capacity flash chips for first-tier automakers, but following three years of deployments it has entered a harvesting period for high-capacity chip solutions such as 1-2Gb NOR and 1-4Gb NAND flash chips. He noted that despite macro headwinds, its shipments of high-capacity flash for automotive applications have been stable so far this year and are expected to ramp up significantly in 2023.

It will take time for clients to adjust flash memory inventories for consumer electronics applications, Chen indicated, but overall market demand will surely trend upward in the long term. He continued that demand for automotive, IoT and server applications remains robust, with the shipment ratio for car-use flash chips set to rise steadily.

At the DIGITIMES Asia-hosted Supply Chain Summit, Chen said the flash supply chain management has become more difficult over the past 2-3 years, given the past failure of making purchases with cash during tight supply or the current pressure on inventory reductions amid weak demand. This, however, has made supply chain management a more important task for related players, Chen added.

Chen also noted future vehicles will be moving forward with three major trends: electrification, intelligence and networking, and the next stage will see the arrival of the central computing platform, which means that there will be more and more types of automotive components to be purchased and related systems will be increasingly complicated.

He continued it will take 2-4 years to introduce a new platform, and to spread the cost, the supply chain will access different platforms. Accordingly, the life cycle of automotive products can be as short as seven years or as long as 15 years, suggesting that suppliers have to provide stable production capacity in the longer term.

In terms of industrial control applications, smart factories currently require networking and real-time management, showing high regard for customized software and hardware in making equipment purchases, Chen said, adding it is difficult to change the composition of product designs once they are done to suit certified equipment.

Unlike other semiconductor fields, Chen said, the memory industry is mainly dominated by IDMs in terms of product design and production. For instance, Winbond and Macronix International together command two thirds of global NOR supply, while Kioxia and Micron Technology are major vendors of NAND flash. Accordingly, he stressed that those memory suppliers without in-house production capability will have to devote much more efforts to supply chain management if they want to enter automotive or industrial control applications.

Chen disclosed that automotive and industrial control applications now contribute 22% of its revenues, with the ratio expected to grow to 30-40% in the years to come.