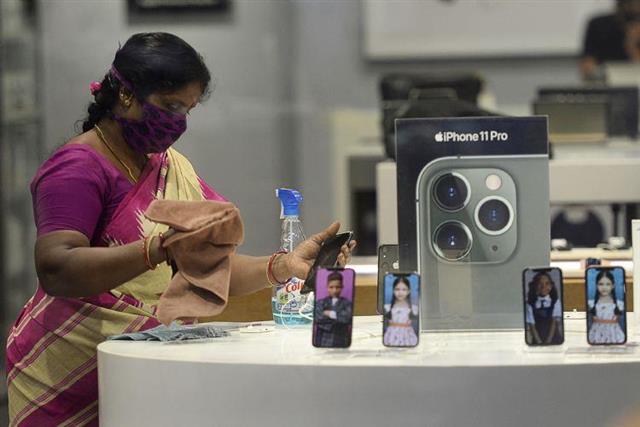 Apple is speeding up its supply chain diversification. Data shows that Apple has shipped close to 1 million made-in-India iPhones in the second quarter. However, India's effort to slow down China's investments may make Apple's supply chain relocate.

Inc42 and Business Standard reported that according to CMR, iPhone shipments in India exceeded 1.2 million units in the second quarter, led by iPhone 12 and iPhone 13 and up 94% year-on-year. The smartphone market share in the quarter was estimated to be 4%. Besides, CMR said iPad shipments in the same period increased 34% on year to 200,000 units, accounting for about 20% of the tablet market in India.

On the other hand, Wall Street Journal quoted sources as saying that Apple was asking some of its contract manufacturers to boost production outside China due to China's lockdown measures. Apple confirmed in April that it had begun manufacturing the iPhone 13 in India, and The Economic Times reported that Pegatron's plant would start production in April. Counterpoint Research estimates that made-in-India iPhones' share would increase from 3.1% in 2021 to 6-7% in 2022.

After a bloody clash between India and China that led to several soldiers' deaths, India amended its FDI policy in April 2020, allowing foreign direct investments from countries sharing land borders with India only with prior governmental approval. The Economic Times reported that the Indian Cellular and Electronics Association was calling on the Indian government to allow smaller China-based suppliers to invest in India to help build a local manufacturing supply chain.

Wall Street Journal cited sources reporting that despite Apple asking suppliers for expansion in India, it would be difficult for China-based assemblers to invest there.