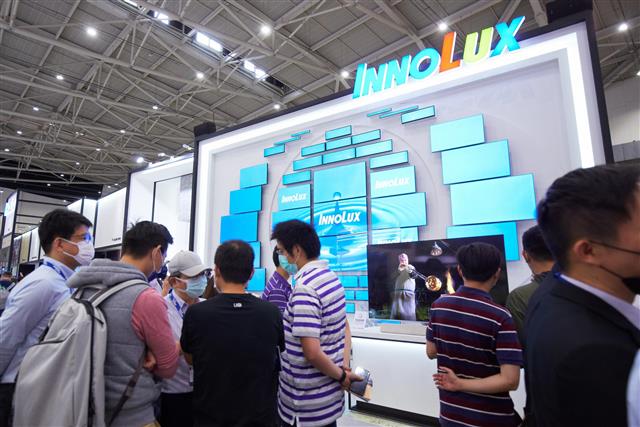 Panel makers Innolux and Giantplus Technology have both reported robust sales for May, with the former seeing its revenues hit a 55-month high and the latter a 35-month high.

It shipped 12.42 million large-size panels in May, up 4% from the previous month. However, shipments of small- to medium-size ones totaled 27.4 million units, down 2% sequentially.

Innolux expects its shipments for large-size applications to remain flat in the second quarter, with their ASPs hiking 14-16% sequentially amid brisk demand and tight supplies of upstream parts and components.

Shipments of small- to medium-size panels will drop 1-3% sequentially in the second quarter, Innolux estimated.

However, the company still reported a net loss of NT$163 million for the first quarter of 2021, making it the sole Taiwan-based panel maker that has reported losses for the quarter.