Information and Communications Research Laboratories (ICRL) under government-sponsored Industrial Technology Research Institute (ITRI) and automotive electronic component maker Mobiletron Electronics have signed a pact to jointly produce 10 Level 3 autonomous electric buses by 2021, with the first to be launched the earliest in first-quarter 2020.

For the production of Level 3 autonomous electric buses, Mobiletron will be responsible for system integration, RAC for making car chassis and bodies, and ICRL for providing sensing and decision-making systems.

Mobiletron, ICRL and RAC will apply for permits to undertake trial operation of autonomous electric shuttle buses on highways as well as rural roads on a DRT (demand-responsive transport) basis in some areas in northern Taiwan. 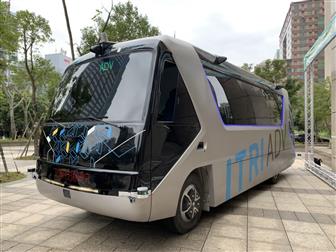 Tags
electronics ICT manufacturing IT + CE ITRI Server, IPC, cloud computing, IoT Software, big data
Looking for startups?
Startup database
Profiles of startups from Taiwan and around the world: their technologies, product developments, fundraising rounds, etc. All startups are welcome to register their profiles - free of charge.
Register
Accelerators & incubators
Information about accelerators and incubators from Taiwan and around the world that are mentoring startup businesses and teams. All mentors are welcome to register their info - free of charge.
Register
Events calendar
Major events, including those organized by the government, DIGITIMES, and others, featuring startups, innovative technologies and products from Taiwan, Asia and around the world.
Realtime news
Supply chain