Opportunities and challenges for semiconductor industry in automotive applications (2) 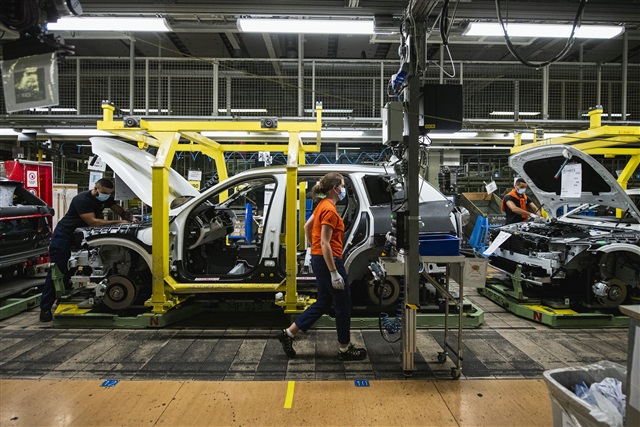 The semiconductor industry can learn from its past development history for making changes needed to cope with the trends and phenomena of the automotive industry.

A small portion of automotive semiconductors requires the use of advanced manufacturing processes, such as L4 and L5 autonomous driving chips, which have machine learning functions and need the most advanced process nodes similar to those adopted for CPUs. Most of the remaining chips can be fabricated with more-mature processes.

But this does not mean that the remaining chips are not high-tech products - high-tech industries require constant investment in R&D to keep creating new economic value. For example, there is no need for power devices to use fine manufacturing processes, but their materials and structures are still under continuous R&D in order to improve voltage resistance, high frequency, reliability and other properties of the devices.

High-voltage power components now mainly use wide bandgap (WBG) materials such as SiC and GaN, but new ultra-wide bandgap (UWBG) materials like diamond, Ga2O3, AlGaN and AlN are already applied to develop power devices with even higher voltages. Accordingly, automotive semiconductor components still sustain a solid high-tech trait, and this is an important basic factor in formulating strategies in response to changes in the industrial environment.

These two types of automotive semiconductors should entail respective strategic responses to the needs and phenomena of automakers.

For chips that require advanced process nodes, the foundry model still has an obvious advantage: bringing together global demand for diverse logic chips to achieve economies of scale in R&D. In contrast, the vertically integrated semiconductor manufacturing model within automakers is difficult to implement as there exist conflicts of interest. Even large clients like Huawei and Tesla have been just attempting to design their own high-end chips, rather than manufacturing them in house. As such, what the semiconductor industry lacks for advanced process chips is a regional supply chain. This is why Tesla plans to have its high-end autonomous driving chips fabricated at TSMC's US wafer fab with advanced process technology. Of course, the plan could also be driven by the lessons drawn partly from automotive components supply chain disruptions following the pandemic outbreak in Wuhan, China, and partly from insufficient semiconductor capacity supply.

Therefore, the only changes required for this kind of advanced automotive semiconductor are to have manufacturing facilities get close to customers, decentralize supply sources and manage capacity allocations. This is what is going on in the semiconductor industry and even the electronics industry.

Other automotive chip segments are more troublesome, including power devices, MCUs, sensors and communication components. For such semiconductor components, there is a long-standing strategy in the semiconductor industry: formulating unified product specifications and establishing public testing and verification platforms, which can respond to the trends and phenomena associated with both regional supply chains and vertical integration within the automotive industry.

Once products have uniform specifications, there is no need for product design and application parties to engage in complicated communications. And with a common test and verification platform, separate and lengthy product validation procedures at individual carmakers can be spared.

DRAM, the largest subsector of the semiconductor industry, benefits from this development strategy. As all the specifications of DRAM products manufactured by all suppliers are the same and interchangeable, DRAM is jokingly dubbed as "commodity." DRAM makers can differentiate their offerings only in the launch time, prices and performance reliability of their products.

With this factor of uniform specifications, DARM has become a market of full competition, significantly driving down product prices. On the user side -computer makers first, joined by handset vendors later--there is a tendency for them to massively use DRAM to boost performance of system devices, further expanding the DRAM market into the largest submarket segment for semiconductors. Related manufacturers were also able to accumulate sufficient capital funds to drive process technology advancements at the entire semiconductor industry before 2000, thus sustaining the attribute of semiconductor as a high-tech industry. In addition, major applications such as industrial PCs (IPC) and handsets have been able to develop rapidly. This is a win-win strategy for both the semiconductor industry and system devices sector.

Applying this strategy to automotive semiconductor components will likely get a similar effect.

In fact, global semiconductor industry association SEMI is promoting uniform specifications for power semiconductors. Since mass production of electric vehicles will happen first, the SEMI move is expected to simultaneously spur the development of both semiconductor and automotive industries.

The writer sees the pictures of semiconductor applications in the automotive industry as follows:

The semiconductor industry will diversify manufacturing sites to satisfy the needs for regional supply, which actually is already in progress. But centralized R&D will remain in place to grow the economies of scale in R&D and maintain the high-tech trait of the semiconductor industry, which has been done and will continue in the future.

On the product side, carmakers will retain the design of self-driving chips, as it is their core competitiveness and cannot be given away to others. For other components, unified specifications and public testing and verification platforms will be gradually established, which will provide carmakers with multiple and inexpensive components supply sources while the semiconductor industry will also benefit from market expansion, transaction cost reduction and the formation of economies of scale.

As for the attempts to vertically integrate semiconductor manufacturing within the automotive industry, it is a difficult path already been proven in the past. They have my blessing, though.

(Editor's note: Albert Lin received his Ph.D. in Physics in 1988, taught at National Central University, and then move to the technology industry. Lin used to serve as director and vice president of ProMOS Technologies, and president of ConDel International Technologies. He was an advisory member of Taiwan Semicon, chaired the Lithography Forum, and was chairman of the Supervisory Board of Taiwan Semiconductor Industry Association. Now, Lin is visiting research fellow in the Department of Physics, at National Taiwan University. His main research fields are new materials, new mechanisms, and basic research on quantum information. He is the standing supervisor of the Taiwan Association of Quantum Computing and Information Technology.)