US adds 36 Chinese entities into Entity List, including YMTC 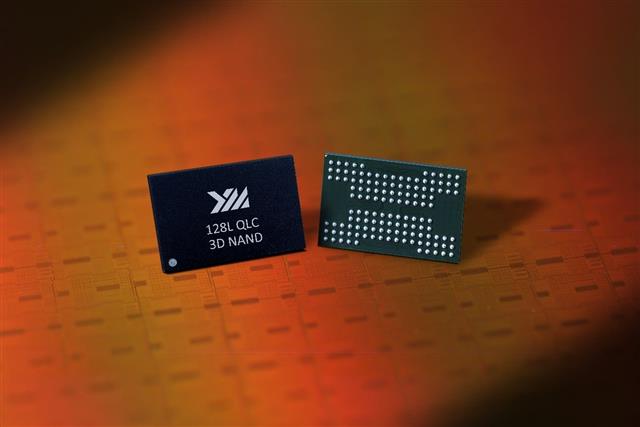 The US Commerce Department's Bureau of Industry and Security (BIS) added 36 entities to the Entity List, including China's largest memory manufacturer, Yangtze Memory Technology Corp (YMTC). The stringent license requirements that will severely restrict these entities' access to commodities, software, and technologies are subject to the Export Administration Regulations (EAR), said BIS statement.

The majority of them are located in the People's Republic of China (PRC). One entity, which is a subsidiary of a PRC entity being added to the list, is located in Japan.

Another rule announced by BIS on the same day removes entities from the Unverified List (UVL) due to satisfactory completion of End-Use Checks (EUCs) and verification of those entities' bona fides, including in cooperation with the PRC government, according to BIS statement. A net total of 25 Chinese parties are being removed from restricted party lists.

The second rule also adds 9 Russian parties to the Entity List from the UVL due to the inability to complete EUCs.

YMTC and Shanghai Micro Electronics Equipment (Group), were removed from the UVL but added to the Entity list for reasons not related to the host government preventing investigations, said BIS.

Sources told DIGITIMES that Shanghai Micro Electronics Equipment and Shanghai Integrated Circuit Research and Development Center are involved with the modernization of PRC military. YMTC and PXW Semiconductor are added to the Entity List because they are in Huawei's semiconductor supply chain ecosystem. PXW is a semiconductor equipment and materials procuring company established in 2021. Sources said a senior Huawei executive is said to be the string-puller behind the company's management.

Cambricon, the Chinese artificial intelligence (AI) unicorn startup which has 10 entities added to this round of Entity List, will face the challenge of not being able to update its EDA tools. It has developed a 7nm chip, but now will not be able to find semiconductor foundries outside China to manufacture it. And since Cambricon is TSMC's customer for 16 nm chip foundry services, TSMC will have to end transactions with Cambricon after its addition to the Entity List.

According to the additional information provided to the rules, the entities added to the Entity List violated at least one of the categories of restricted activities, including aiding PRC military modernization by acquiring US-origin items; risk of diversion to other entities on the Entity List; human rights violation and abuses; supporting Russia military backfilling since the imposition of new export controls; and support for Iranian drone production.

"Our new end-use check policy requiring the timely completion of end-use checks by host governments to avoid placement on our Unverified and Entity Lists is yielding results," said Assistant Secretary of Commerce for Export Enforcement Matthew S. Axelrod. "When a host government facilitates a check that results in our ability to confirm a company's bona fides, the company comes off the Unverified List, as demonstrated by today's 25 removals of Chinese companies from our restricted party lists. But when a host government persists in preventing a check, there are real consequences, as demonstrated by today's addition of 9 Russian parties to the Entity List."

The US Department of Commerce expressed its determination of continuing the export control rules. "Today we are building on the actions we took in October to protect US national security by severely restricting the PRC's ability to leverage artificial intelligence, advanced computing, and other powerful, commercially available technologies for military modernization and human rights abuses," said Under Secretary of Commerce for Industry and Security Alan Estevez. "This work will continue, as will our efforts to detect and disrupt Russia's efforts to obtain necessary items and technologies and other items for its brutal war against Ukraine, including from Iran."