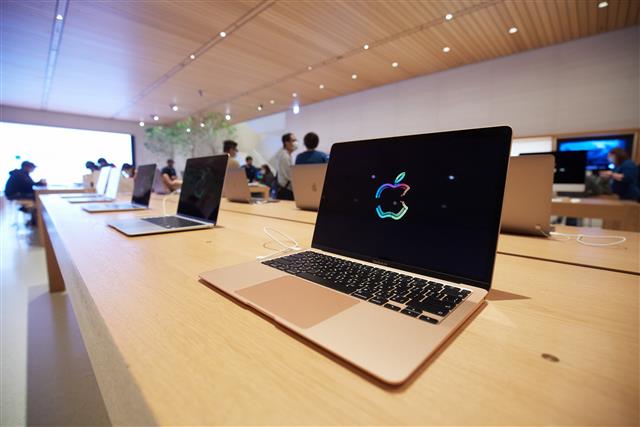 Overall notebook shipments are estimated to decrease on year in 2022, largely due to the high baseline caused by the record shipments in 2021, though it's still expected to be higher than the pre-pandemic figures of 2019. 2023 is expected to be another down year due to negative economic factors on the demand side and first-half inventory clearance on the supply side. However, there is a chance that recovery can begin in the second half.

2022 started well for the notebook sector. However, the Ukraine-Russia conflict marked a major turning point, resulting in a sharp decline in demand. On the supply side, China's lockdowns had a serious impact on brands like Apple. All of this resulted in a shipment nosedive in the second quarter, reporting a YoY decrease of over 20%.

Going into the second half of the year, inflation and the US's aggressive rate increases further worsen the market situation. More and more brands downgraded their annual shipment goals and inventory clearance became a common theme for sales channels. Shipments in the fourth quarter are expected to be the lowest of the year despite the fourth quarter traditionally reporting the highest shipment numbers.

The negative outlook toward 2023 is mostly fueled by the inflation-fueled economic recession. Though inflation is expected to no longer increase, it's likely going to remain at a high point for the start of 2023. On top of that, the ripple effects of the US's rate increase, such as a very strong US dollar, will affect other non-US markets as well.

All this meant that notebook demand in 2023 will be quite weak, especially in the consumer sector. The European market is expected to see a double-digit decline in notebook shipments while the US market could limit the decline to single digits.

The business sector will fair slightly better, due to a possible return of business traveling and tourism as the pandemic slows down, but a decline is still expected. The education sector, in contrast, may have a decent performance as a large number of notebooks (Chromebooks) purchased by governments during the pandemic in 2020 welcomes its 3-year upgrade period.

Things are more positive on the supply side. The pandemic and subsequent lockdowns have thoroughly challenged the supply chain in 2022, leading to the establishment of a more diversified supply chain that's well-equipped to handle any situation and return shipping times to normal. Another point of optimism is the launch of new CPUs and GPUs for notebooks that will create more incentives for consumers to buy new machines. However, these positive factors will likely only come into play in the second half of the year, as sales channels will be focused more on inventory clearance in the first half.

One of the trends in the notebook sector is the rise of Arm architecture processors. In 2022, Arm notebooks performed better than the overall market, shipping up to 24.24 million units and reporting a YoY increase of 23.7%.

This is mainly fueled by the Apple MacBook's near full shift to its own M series processors, as well as the MacBook maintaining growth in 2022. In 2023, Arm notebooks are predicted to continue this growth, reaching an annual shipment of 25.48 million units and a YoY growth of 5.1%.

In terms of brands, after the nosedive of 2022, most notebook brands are still expected to see their shipments decline in 2023, though the magnitude will be much less severe. Among the major brands, Apple, with its now fully Arm-based MacBooks series, and Acer/Samsung Electronics, which focus on Chromebooks, are the only ones to maintain or even see a small growth in their shipment numbers.