US to announce new limits on chip technology exports to China 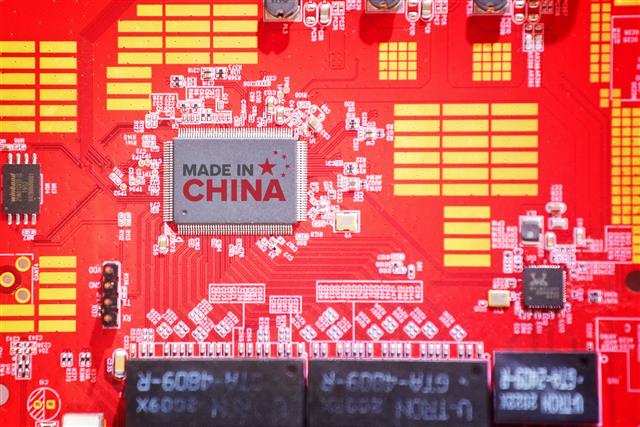 The Biden administration plans to announce new restrictions on China's access to US semiconductor technology, according to people with knowledge of the situation, an escalation of Washington's efforts to stifle Beijing's industrial ambitions and a risk to growth for the US$550 billion sector.

The Commerce Department will roll out a package of rules this week to govern which semiconductor technologies can be exported to China, including codifying earlier guidance given to specific companies, said the people, who asked not to be identified as the information isn't public.

The White House and Commerce Department declined to comment.

The US has been increasingly focused on limiting access to high-end semiconductor technology, and boosting its own domestic production capacity, as part of its broader strategic competition with the world's second-biggest economy.

The new measures, previously reported by the New York Times, are expected to include formalizing export restrictions on technology that produces advanced semiconductors, the people said, as well as prohibiting the sale of tools for logic and memory chip production in China and restricting access to chips used in supercomputing and artificial intelligence (AI).

The guidelines will also codify restrictions recently imposed on Nvidia and AMD, according to one of the people.

Members of Congress have long pushed the White House to tighten controls around semiconductor equipment to China, with prior actions more focused on companies designated as risks to national security, such as Huawei Technologies.

Under current guidelines, US-based chip equipment makers, such as Applied Materials, have been allowed to sell machinery for use in China under certain circumstances, or equip some Chinese companies with machinery to produce less-advanced semiconductors.

The steps to be announced this week will include formalizing restrictions on technology to produce chips that are designated as 14nm or better, the people added. As a general guide in chip manufacturing, the smaller the number of nanometers indicates more advanced capabilities. The restrictions will also expand the so-called foreign direct product rule on more Chinese entities, they said.