The memory industry (6): When line between memory and logic IC becomes blurred 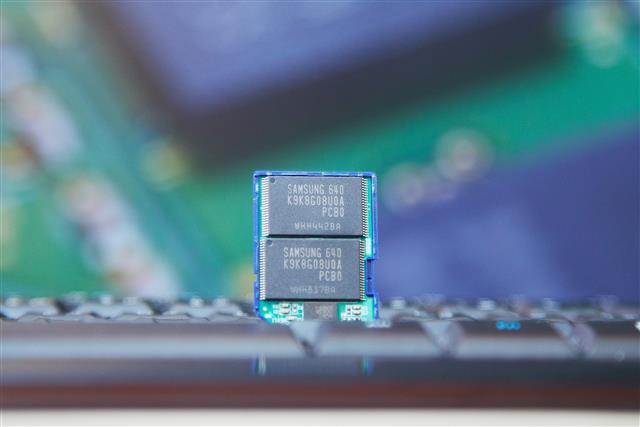 In 1984, Intel decided to exit the DRAM business, which marked the start of technology diversion between memories and logic IC. In hindsight, Intel's decision made sense. Memories and logic IC are very different in terms of design, manufacturing processes, equipment deployment, and market characteristics. It is common sense that a company should focus on pursuing excellence in one specific direction.

One of the reasons that Intel restarted the R&D and production of NAND Flash and 3D X-point memory businesses after 2000 was because of the inseparable connection between memories and processors under the von Neumann architecture. It is difficult to categorize the Loihi neuromorphic chip that Intel is now working on because it serves as both a memory and a processor. Another reason is that Intel wanted to leverage storage class memory, at least for a short period, to build core computing architecture and specifications to control more key values in the computing value chain.

What about South Korea's memory-focused semiconductor industry? Three years ago, the country announced its 10-year semiconductor development project to propel domestic semiconductor industry toward system IC design and manufacturing. The project was carefully planned by the South Korean government after it consulted with the domestic semiconductor industry. The plan is very forward-looking though I previously was somewhat critical of it because of its failure to mention the development of new technologies. The status of DRAM standalone products as a high-tech segment is expected to disappear, and one solution to add new value to DRAM is to develop application-oriented integration of logic IC and DRAM. By focusing on the development of its logic foundry business, the South Korean semiconductor industry has developed the capability of making both DRAM and logic IC products. As the DRAM industry does not require much design manpower, the cultivation of IC design talent to develop logic IC business is a focus of the project. This can prevent design talent shortage like the one Japan experienced in the 1990s when it wanted to transition from DRAM to other industries.

If the examples above are not enough to prove that the line between memory and logic IC is becoming thinner, then some of these latest developments reported in the news should do: Micron Technology is building a packaging and testing plant in Taichung; TSMC has signed a cooperation agreement with Micron; and Micron has settled a dispute with UMC by offering to adopt UMC's production capacity. What do these developments imply?

In the era when DRAM only had applications for individual products, memory companies usually had no interest in investing in packaging and testing plants. The reason is obvious: the gross profit generated by packaging/testing plants is well short of that generated by foundries. As a result, memory companies would spend their accumulated capital on expanding foundry production and outsource packaging and testing work. This was the most rational arrangement considering businesses' capital and core capabilities. Capital spending only will become necessary when packaging/testing evolves into key factors in enhancing product value. By then, packaging and testing will not be just for individual memory products. Methods of integrating DRAM with other chips, or the packaging of HBM (high bandwidth memory) and HPC (high performance computing) chips will be more important.

The cooperation agreement between TSMC and Micron was not surprising. TSMC already had memory-logic IC heterogeneous integration products, such as CIS and IPU2. The memory chips in these products require special design to meet the performance and size requirements of logic IC, so a partnership between a logic IC maker and a memory company is essential. Since TSMC was unlikely to partner with its South Korean competitors, it approached Micron instead. Meanwhile, Micron's plan to utilize UMC's production capacity suggests that new cooperation models and competitive relationships could emerge in this new industry. In other words, Micron-UMC partnership may have more space for profit distribution.

In the era when heterogeneous integration is a way to increase economic value, integrating logic and memory chips into one product is a common practice, and therefore early deployments made by memory and logic IC makers are coming as no surprise. The line between logic IC and memories has become blurred. In a more distant future, the line between applications of in-memory computing and neuromorphic chips will be very thin. The most important task for different wafer fabs now is to define their core capabilities and come up with the best strategies to advance into the future.

(Editor's note: This is part of a series about the memory industry written by DIGITIMES adviser Albert Lin. Lin received his PhD in Physics in 1988, taught at National Central University, and then move to the technology industry. Lin used to serve as director and vice president of ProMOS Technologies, and president of ConDel International Technologies. He was an advisory member of Taiwan Semicon, chaired the Huangguang Forum, and was chairman of the Supervisory Board of Taiwan Semiconductor Industry Association. Now, Lin is visiting research fellow in the Department of Physics, National Taiwan University. His main research fields are new materials, new mechanisms, and basic research on quantum information. He is standing supervisor of the Taiwan Association of Quantum Computing and Information Technology.)