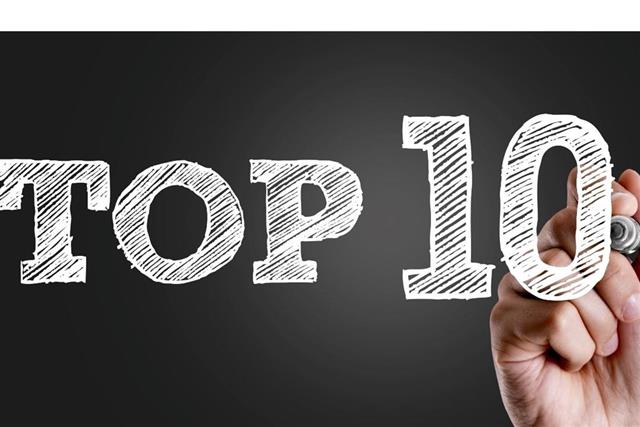 The semiconductor industry experienced a dramatic year in 2021 - climate crises, pandemic, fire at a Japanese chip factory, geopolitical tension, and automakers' decision-making error combined to result in a perfect storm of chip crunch.

This year is also a year of optimism - chip manufacturers are aggressively expanding their capacities and announcing billions and billions of dollars of investments for new plants to diversify supply chains.

Innovations such as electric vehicles, autonomous driving, 5G, artificial intelligence, the Internet of Things, … etc., are driving the demand for chips. Dozens of new fabs will start producing chips in various countries in 2-3 years to meet the world's insatiable demand for computing power.

As we look back at some of the most important semiconductor news in 2021, we are seeing implications of these incidents developing into new trends. Challenges remain in climate change, pandemic, geopolitics, and US-China competition, but strategic alliances are emerging across verticals.

The COVID-19 pandemic outbreak brought everything to a standstill in late 2019 and the first half of 2020. Manufacturing activities were forced to halt as countries announce lockdowns to fight the disease without the vaccine. Many automakers canceled their chip orders because their factories were shut down, but when global economies revived in the second half of 2020, they were shocked to find that nearly all of the available chip supplies and capacities in the next year were already booked out. Car factories were forced to idle due to short of chips, and the German government even wrote to the Ministry of Economic Affairs in Taiwan, asking for help from Taiwan chip makers. The economic impact of chip crunch on the global auto industry is estimated at $210 billion, according to a CNBC citing AlixPartners.

The traumatic experience has triggered a new turn - Ford has announced to partner with GlobalFoundries, while General Motors will collaborate with Qualcomm and NXT, in an effort to secure their chip supplies, according to Wall Street Journal.

Snowstorm in Texas and drought in Taiwan disrupted chip production

Extreme weather wreaked havoc on the industry in 2021. A snowstorm hit Texas in February, but normally the temperature there rarely drops below zero in winter. The heavy snow and severe cold knocked out more than 70 power plants offline and disrupted the power supply of the Lone Star State, halted operations of Samsung, Texas Instrument, and NXP's fabs there, and damaged goods totaled millions of dollars.

The drought in Taiwan was also something unseen for decades. Taiwanese chipmakers including TSMC had to send water trucks to transport water for its fabs so that production lines won't be disrupted.

Will the drought repeat itself this year? Will Texas be hit by a snowstorm again this year? With climate change becoming a norm, business continuity plans and risk management become ever so important for the industry, as well as its customers worldwide.

Renesas Electronics' factory in Naka, Japan, which manufacturers automotive chips and power IC on 300 mm wafers, suffered a fire in March, with an area of 600 square meters burned down, damaging 23 machines and cleanroom facilities. The accident deteriorated the chip crunch and 88% of its capacity was restored by the end of May, according to Reuters.

Intel announced that Pat Gelsinger will replace Bob Swan as CEO of Intel to take the company through a transformation. He immediately made the decision that Intel will compete with TSMC and Samsung in the advanced processing node foundry manufacturing market, and launched the IDM2.0 strategy, aiming to retain part of the processing productions while outsourcing part of the chip production, and will develop advanced packaging technologies to provide more flexible processes. He vowed to help Intel's processing technologies excel that of TSMC and Samsung by 2025.

US Senate passes the US$52 billion CHIPS Act

In light of America's share in global semiconductor manufacturing has decreased to 12% in 2020 from 37% in the 1990s, the CHIPS for America Act was passed by the Senate in June 2021 to support the development, design, and manufacturing of semiconductors in America, in order to secure the supplies of advanced nodes ICs.

The incentives of the Act did attract companies such as TSMC and Samsung to set up new fabs in the US. Intel also announced a US$17 billion investment in the country. However, the Act is still pending the approval of the House of Representatives as of Dec 20, 2021, when this article was written.

The Malaysian government announced a nationwide lockdown to fight the COVID-19 pandemic on June 1, sending the world already struggling with chip crunch into deeper mayhem. About 13% of the global ICs are packaged and tested in Malaysia, which is the seventh-largest semiconductor exporting country in the world, with more than 50 semiconductor companies setting up IC packing and testing production lines there. Malaysia is also an important manufacturing hub for discrete components, which is widely used in electronics and automobiles. The supply chain in Malaysia finally resumed work after the government reopened factories after the pandemic stabilized in Autumn. Now with the Omicron variant spreading rapidly across the globe, supply chains will have to brace for possible impacts.

Europe back in the race of semiconductor manufacturing and technology development

The European Alliance on Processors and Semiconductor Technologies was announced in July 2021. This translates into two main lines of actions, including "the reinforcement of the European electronics design ecosystem" and "the establishment of the necessary manufacturing capacity", according to a statement by the European Commission.

Thierry Breton, European Commissioner for Internal Market, announced to commit 160 billion euros on technological investment, with the goal to double Europe's share in global semiconductor manufacturing to 20% by 2030.

Ursula von der Leyen, President of the European Commission, announced a European Chips Act in her state of the EU address in September, saying that "While global demand has exploded, Europe's share across the entire value chain, from design to manufacturing capacity has shrunk. We depend on state-of-the-art chips manufactured in Asia. So this is not just a matter of our competitiveness. This is also a matter of tech sovereignty."

Europe's strength in semiconductors lies in the analog IC, two out of the four largest analog IC companies are European. It is understandable that Europe would want to secure the supplies of other types of semiconductors, especially after experiencing the chip crunch, which severely impacted its auto industry this year.

Bosch's new fab in Dresden has started operation in July, while GlobalFoundries is expanding its capacities there. And Intel has announced an 80-billion-euro investment to produce chips in Europe.

The US Commerce Department requested all chip makers and purchasers to hand in data in September, with an aim to address the supply chain problem. A "war room" is set up to detangle the opaque information of the business transactions, according to a POLITICO report in November, saying that the experts at the Commerce Department have been data crunching.

As semiconductor is now regarded as a product of "national security" concerns by many nations, will they take the precedence of the US and demand chip makers and purchasers to be "forthcoming" with business information? Such an issue could be a headache in the future.

The collaboration, conciliation, and co-funding among chipmakers

The digital age with ubiquitous demand for chips is driving collaboration and conciliation among chip makers to coopt for mutual benefits. TSMC and Sony announced to set up a joint venture in Kumamoto, Japan, which will start massive production in 2024. UMC and Micron settled their 5-year litigation and will collaborate in strengthening their supply chains. Hon Hai, the EMS giant, purchased Macronix's 150 mm wafer fab at a price of NT$2.52 billion. There could be partnerships emerging among logic IC and memory product manufacturers, as heterogeneous integration will be the inevitable trend for IC packaging to meet the demand for the increasingly complicated systems used in EV, autonomous driving, etc. More cross-vertical alliances and collaborations between chip manufacturers and non-semiconductor customers which would like to differentiate their products with custom-designed chips are expected in the future.

As the second-largest semiconductor consumption market, China was not immune to the impact of the chip crunch. However, local chip makers have been aggressively expanding their capacities with government subsidies. SMIC announced 3 expansions in a row in one year, investing a total of US$18.9 billion to increase capacity by 240k units of 300 mm wafers. By 2024, SMIC's capacity is expected to double from the level in 2021, and Hua Hong Group's capacity is expected to increase by 120% during the same period, according to Isaiah Research.

Having said that, the self-sufficient rate of China today still lags far behind the goal set in the "Made in China 2025 Initiative." According to IC Insights, only 16% of the chips consumed by China were made in China. But chips produced by domestic companies (excluding TSMC, Samsung, SK Hynix, Micron, UMC, etc.) only amounted to 6% of the total consumption. China Association of Automobile Manufacturers (CAAM) disclosed that the chips made by domestic companies took up less than 5% of the chips consumed by the auto industry in China.

However, the revenues of China's semiconductor companies still grew 3 fold to CNY 884.8 billion in 2020, reflecting that government policy supports and subsidies for developing its domestic chip industry had worked.

DIGITIMES Research pointed out that China is still promoting a self-sufficient policy for its semiconductor industry, giving attractive incentives for tax breaks and financial subsidies. China is strong on IC design, but its manufacturing and IC packaging capabilities are not sufficient to meet the demand of local customers. Commercial Times quoted experts in China saying that Beijing has required local foundry service companies to serve local IC design houses and system companies which develop their own ASIC chips before foreign customers. Will the chip foundry services de-couple, using supply chains in China to serve only the customers in China and serve others with supply chains located in the rest of the world? It remains to be seen.