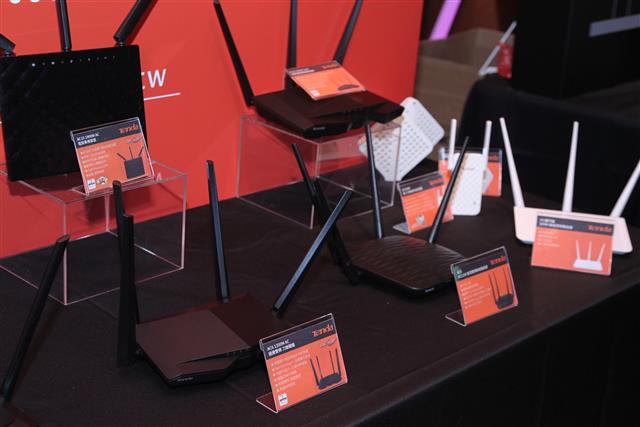 Taiwan-based networking device assemblers continue to relocate their production lines from China back to Taiwan or to Southeast Asia, despite a recent surge in COVID-19 infections locally.

James Wang, president of network communication equipment provider Sercomm, once noted that China had been rivalless until the US stepped up countermeasures, disrupting China's economic scale.

Supply chains would not be relocating production out of China if it were not for the US-China trade war, and US president Joe Biden is not reversing the direction that his predecessor Donald Trump had set.

Apart from Taiwan, Vietnam is the most important production hub to network communication equipment providers, including Gemtek, Wistron NeWeb Corporation (WNC), Arcadyan and Hitron. Among them, WNC and Arcadyan have plans to build their second facilities in addition to their current ones in Vietnam, with the new capaacity scheduled to be up and running in the second half of 2021. The new production lines will contribute to growth in the share of their capacity outside of China.

According to WNC chairman Haydn Hsieh, the company's second facility in Vietnam is about 90% complete. Installation of the production lines is scheduled to start in June and they are expected to be churning out products in the third quarter of this year. WNC already has customers placing orders specifically for products to be manufactured at the new facility. WNC's Vietnam capacity will ramp up at the highest speed over the next six to 12 months and the share among WNC's total capacity will grow from 10-15% at present to 20-25% by early 2022.

Aside from its second facility in Vietnam, which will begin production in the second half of 2021, WNC's second plant in Southern Taiwan Science Park (STSP) is also under construction, with equipment installation planned for the second quarter of 2022 and production to begin in the third quarter. By then, WNC will have relatively equal proportions of capacity in Vietnam, Kunshan (China) and Taiwan. With the new facilities up and running, WNC's capacity utilization will be much better in the first quarter of 2022, which will help optimize its cost structure.

Arcadyan is also building its second facility, which will add to its capacity starting the fourth quarter of this year. According to Arcadyan, the construction remains on schedule despite the recent increase in COVID-19 cases. Arcadyan's new facility is planned with three times the capacity of its first plant in Vietnam. Its China capacity will not decrease as a result of the production expansion in Vietnam so the ratio between its China and Vietnam capacity will change from 70:30 to 50:50 by year-end 2021.

In contrast to network communication equipment providers that are actively expanding capacity in Vietnam, notebook PC manufacturers that do not sustain pressure from heavier import tariffs have maintained their wait-and-see attitude since the late stage of Trump's term. They said that when the US-China trade conflict was escalating in 2019, notebook PC manufacturers were urged by customers to respond. They all prepared contingency plans to set up production bases in Southeast Asia or Taiwan. However, their plans remain on paper to this day.

Quanta, Compal, Wistron and Inventec all have assembly lines in Taiwan. Some of the notebook PCs Compal and Inventec supply to their US customers are assembled in Taiwan. They both had plans to expand their capacity in Taiwan in 2019 but their customers did not ramp up their orders. Quanta had its Linkou, northern Taiwan plant ready while Wistron was prepared to start production in the Philippines. Neither of them have proceeded to volume production.

Compal's Vietnam factory is the only one that is in operation outside of Taiwan, rolling out products for a US customer that keeps requesting for additional capacity but not at a rate as fast as what the customer had proposed earlier.

According to the manufacturers, notebook PCs sell at razor-thin profit margins and include more than 1,000 components, making it difficult to shift production. Their customers mostly choose to cope with changes by staying put to avoid running up costs.