Amid concerns that quantum computing could threaten the existence of the semiconductor industry, Taiwan's minister of science and technology Tsung-Tsong Wu has noted that his ministry will continue to provide support to companies such as TSMC to help them maintain their competitiveness in the industry.

Wu pointed out that many IC makers have already encountered the bottleneck of Moore's Law and challenges will be more difficult to overcome beyond 3nm and 2nm nodes.

Wu disclosed he had talked to TSMC chairman Mark Liu about such concerns about Moore's Law, and expressed the government's intentions of helping the global leader in the wafer foundry sector to maintain its leadership even if it's infeasible to shrink the process node further beyond 2nm.

Beyind the 2nm node, Taiwan's technology investments will not be placed all in one basket. Taiwan will make deployments in ICT sectors, digital technology, innovations in traditional industries, and quantum computing, Wu noted.

Although studies on quantum computing have been going on for many years, most Taiwanese companies are still unwilling to invest in related R&D as their expertise lies mainly in semiconductor instead of superconductor. At the moment, most Taiwan-based IT firms only have small investments in developing low-temperature superconducting peripheral circuits to cope with their first-tier IT clients' demand, Wu said.

Scattered resources among domestic academic units also pose a disadvantage to Taiwan's IT industry as study of quantum computing requires an enormous amount of budget as well as discussion, division of work and cross-support among Taiwan's major universities and Academia Sinica - Taiwan's top academic institution.

Starting 2021, MOST is set to raise the budget for quantum computers and will push to unite Taiwan's universities and Academia Sinica's quantum research teams, Wu added. 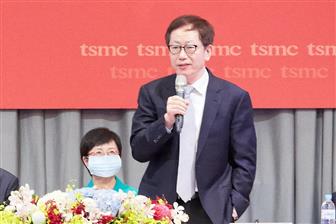