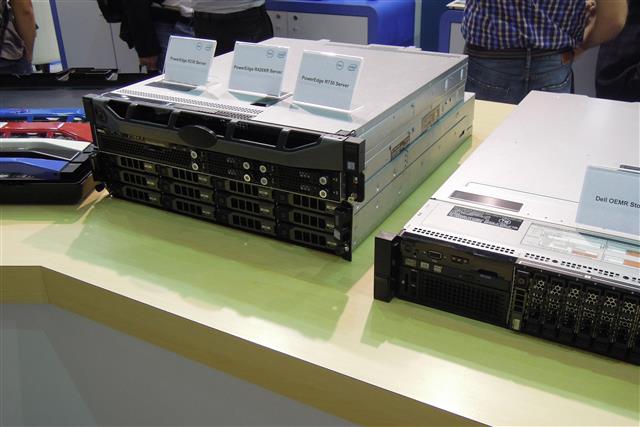 Global server shipments, after reaching the peak of 2020 in the second quarter, are estimated to have slipped 6% sequentially in the third quarter and to drop another 12% in the fourth quarter, as a result of the coronavirus pandemic disrupting the buying pattern, according to Digitimes Research.

Amazon will be the only datacenter operator to continue seeing shipment growths in fourth-quarter 2020 due to its cloud computing datacenter infrastructure expansions and increased procurement of servers for the e-commerce business.

Server shipments will drop over 10% in the fourth quarter as most datacenter operators and brand vendors have decelerated their order pull-ins since the start of the second half due to high inventory levels already built in the second quarter. The lingering pandemic has hit hard Europe and North America, with datacenter operators delaying their server installation and testing there. Local enterprises are also cutting their procurement of servers.

Intel, which was originally set to unveil its next-generation Whitley server platform at the end of 2020, is unlikely to begin volume production for the new CPUs until after first-quarter 2021. Server clients have decelerated order pull-in to wait for the transition to be completed with the replacement trend unlikely to take place until the first half of 2021.

Of the top-4 US-based datacenter operators, Microsoft was the keenest on pulling in orders in the second quarter and saw its shipments pick up over 45% sequentially in the quarter. However, with serious double-booking and many of its large-size datacenter construction plans being suspended, Microsoft is expected to have the sharpest shipment decline in the second half of 2020 compared to the first, according to Digitimes Research's latest findings.

Facebook and Google both increased server shipments in the third quarter due to demand from their online multimedia and cloud computing AI platforms. However, the two datacenter operators will slow down the pace of orders pending Intel's transiting to the new CPU platform. The two still have inventory needed to be digested. As a result, each of them will see a sequential shipment decline of around 10% in the fourth quarter.

Amazon will be the only top-4 cloud computing service provider to see sequential shipment growth in the fourth quarter as the company's server orders for the first half were milder than those of its fellow companies. Amazon has strong demand for servers due to expansion plans.

In addition to demand for e-commerce services because of stay-at-home activities, Amazon also sees demand from year-end holiday shopping in Europe and North America. With many physical retailers shifting their promotion activities online, Amazon also postponed its Prime Day promotional campaign to the fourth quarter and should boost the company's demand for servers.

Amazon's key ODM partners including Foxconn, Quanta Computer and Inventec, are expected to benefit from the server orders and see better-than-expected financial performances in the fourth quarter.