Global tablet shipments are expected to slip dramatically on year in 2019 amid weakening demand for brand and education tablets. Sales of white-box models have been significantly undermined by brand-name devices, while demand for small-size white-box tablets will continue to slip in the next five years, according to Digitimes Research's 5-year forecast report on tablets.

Apple's iPad series, which accounts for the largest portion of the brand-name tablet shipments, may not receive upgrades as keenly as before in the next few years, while iPads' price cuts are only having limited effect on stimulating demand, Digitimes Research noted.

White-box tablet shipments will remain weak in 2020 as most makers' key products are small-size tablets that have been cannibalized by large-screen smartphones and Amazon's inexpensive tablets. Since many white-box tablet makers have started turning to manufacture non-tablet products and customized tablets, more makers are expected to quit the regular tablet business in the next few years.

Microsoft's Windows-based tablet shipments are expected to grow exponentially in 2019 and will see its shipment share rise to 5.2% by 2020, trailing closely behind Lenovo. 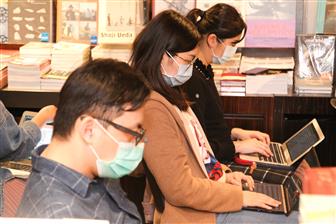