Taiwan's investors should change their mentality about entrepreneurships, giving more support to startups, according to Wistron chairman Simon Lin.

Lin pointed out that many of Taiwan's venture capital (VC) firms would require startup founders to shoulder part of the investments in their businesses as a way to show their commitment. But this puts the startup founders in a make-or-break situation where failures would leave them broke, Lin said.

In Israel, where Wistron is also investing in startups there, most entrepreneurs operate their startups with VC. They do not have to worry about financial support for their innovative ideas, and although many startups have ended in failure, local VC firms are still willing to inject more funds into supporting entrepreneurships, Lin said.

Wistron, which was spun off from the Acer Group in 2000, started reorganizing its structure to enhance competitiveness and formed a VC team to invest in its upstream and downstream partners, Lin noted.

With Wistron becoming a major enterprise in Taiwan's ICT industry in 2010, Lin said the company set up corporate venture capital (CVC) hoping that its investment could help the company overcome its bottleneck at the time.

At the moment, Wistron's CVC is still mainly investing in strategic items that fit the company's future projects, but Lin said he is hoping to have CVC expand the targets to new categories of the future.

Wistron is a hardware maker and combining hardware with the new economy is necessary for the company to create added value, said Lin. 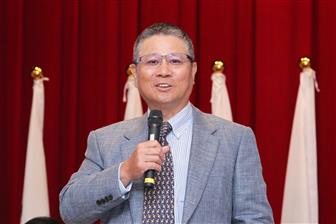