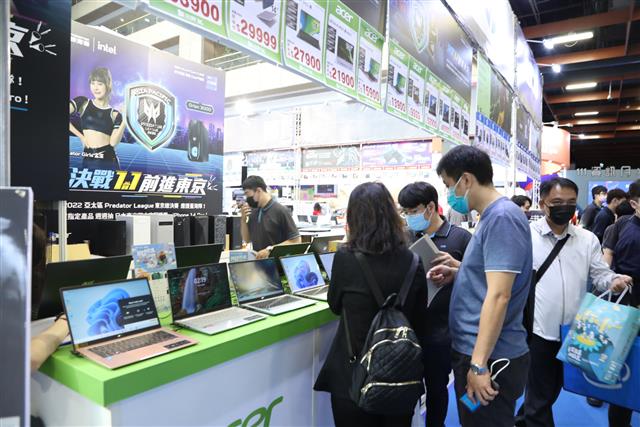 The global top-5 notebook brands' combined shipments (not including Apple) went down 13% from a month ago and nearly 40% on year in October due to the slow inventory digestion at the consumer retail channel and ongoing shrinkage of demand from the enterprise and education sectors.

Lenovo overtook HP by a small margin to become the largest notebook brand in October, while Dell was the only top-5 brand to see on-month shipment growth in the month because of a low comparison base in September led by weak enterprise sector demand, according to data from the Notebook Tracker report.

Taiwan-based Acer and Asustek Computer both saw shipments plunge over 20% on month in October because of lackluster consumer demand.

The top-3 ODMs' combined notebook shipments plummeted 13% on month in October. Quanta's shipments took a major dive in the month as most of the deferrer orders from Apple were satisfied in September.