Leaders in semiconductor in 2030 (9): Embracing collaboration and emerging biz opportunities, rather than conflicts 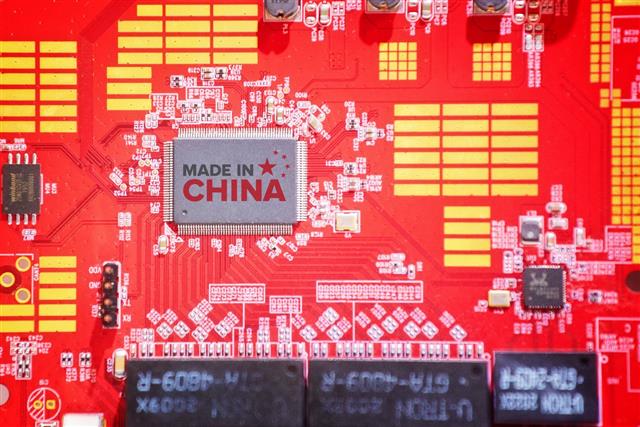 Over the past 30 years, one-third of the global economic momentum has come from China. This has been China's positive contribution for the world. However, behind China's moves of bringing in foreign capital and leveraging its domestic market is its techno-nationalistic agenda manifested in the form of Belt-and-Road expansion. Such an agenda has raised grave concern in the US-led Western camp, which believes it is a severe challenge to Western capitalism.

However, even in an ideological battle, industrial and economic developments should not be neglected. Therefore, the US and China have exercised restraint to avoid fierce conflicts. But if they exhaust all peaceful possibilities and still cannot find a balance, then we will see more and more "quasi-war" actions. The US export bans on AI and supercomputer chips, high-end memory and personnel have dealt a heavy blow to China.

Will China give in? Or will it repeat the WWII incident where the Germans blew up the oil tanks that they could not secure? Unlikely, unless the Chinese leaders are crazy. If the semiconductor fabs in Taiwan, and even in South Korea and Japan were threatened, we can imagine that the global economy would be hit hard and would not recover for at least a decade. Problems concerning food supply, the climate and military conflicts would follow. This would be way beyond a game of chicken.

We do not see the benefits of rebuilding fabs on US soil. The former president of Taiwan's Industrial Technology Research Institute (ITRI), Chin-Tay Shih, who helped introduce semiconductor technology into Taiwan in the 1970s, has noted that globalization played a key role in generating explosive growth for semiconductors in the past, and the golden period of globalization was from 1990 to 2010. During these two decades, the growth in mutual investments between countries was more than twice the growth of the global GDP. However, after 2010, the trend of globalization has ebbed, replaced by regionalized production systems and investments. But the stability of the global supply chains is still crucial.

All those in the supply chains will want to find local partners with whom they can secure local business opportunities. Foxconn chairman Young Liu has been busy seeking partnerships around Asian countries - a demonstration that Foxconn is looking to combine its unparalleled manufacturing capabilities with local capital and service systems, seeking to link up the entire emerging markets. This is a new version of the Belt and Road initiative, and the initiators will be Taiwan-based supply chain makers.

After all, in the US-China race, Taiwan, Japan, Korea and neighboring countries have to keep raising the stakes in order to deter war. Another thing that Taiwan, Japan and Korea could do is to bring ASEAN and South Asian countries into the race indirectly. The ASEAN and South Asian countries, with their large young populations, and their geographical advantages, have become the focus of attention. However, democratic countries in the region may not invest in strategic industries as efficiently as China.

The most practical model is not moving all factories back to the US, but rather having Taiwan share its semiconductor industry experience internationally and prioritizing industrial infrastructure in ASEAN and South Asian countries.