Leaders in semiconductor in 2030 (7): Taiwan-Japan partnership in a new era 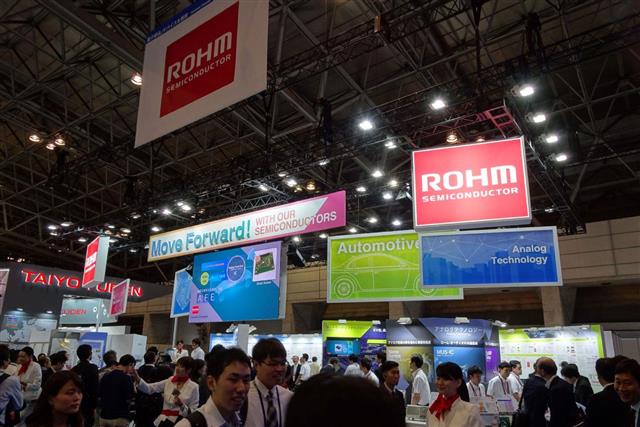 In the past, the supply chain was characterized by linear mass production; but in the future, it will move towards decentralized production systems catering to differentiated demands. The more complex the products, the more opportunities. Taiwan is small and densely populated, and its industry is concentrated north of Hsinchu, which facilitates communication and transportation. Tech giants rely on Taiwanese companies' supply chains and components. Whether it is to move production to Southeast Asian countries or to sell auto parts to Taiwan from Europe and the US, working with Taiwan is the best solution.

At the recently concluded Semicon Taiwan, Japan's Kumamoto Prefecture was there wooing investment, and Kumamoto is where TSMC is building a wafer fab. In addition, TSMC recently announced the opening of a second R&D center in Osaka - another very important R&D project after Tsukuba. In addition to TSMC, UMC also has big plans in Japan, having acquired 100% of Fujitsu's semiconductor plant in 2019 and announced a partnership with Denso to produce automotive power semiconductors.

TSMC is already the leader in cutting-edge processes, with a market share of 90% in 7/5nm processes. But we all know that Taiwan's foundry and IC design sectors face tech talent shortages, and even its basic science and technology development has to rely on outside assistance. In terms of in-memory computing, quantum technology, compound semiconductors, and even semiconductor materials and equipment development, Taiwan needs Japan's assistance.

Then why does Japan need Taiwan's help? First of all, Taiwan has the most powerful EMS manufacturing plants, and it is estimated that the assembly plants will generate revenues of more than US$500 billion in 2022, and its demand for US$400 billion-worth of parts and components each year is a big business opportunity much coveted by other countries. Because of the demand for import substitutions, Taiwan's IC design industry is booming, and the industry's output value reached US$44.8 billion in 2021, accounting for 24% of the global market - which Japan, known for its components, is also eyeing.

Japan's Kioxia, Renesas and Rohm are still world-class players. In terms of support from Taiwan, first of all, Japan lacks the most advanced semiconductor manufacturing process and is eclisped by Taiwanese firms in production efficiency. Sony, Socionext and other top-notch vendors have had to contract TSMC and UMC for chip production. If Japan does not have proper deployments for automotive semiconductors, the future of its automotive industry will be in jeopardy. More importantly, Taiwan's semiconductor industry is highly complementary to Japan's without any "fatal clashes" between them, so Japan can rest assure Taiwan is a good partner.

Will Japan cooperate with South Korea and the US? Tokyo-Seoul ties have been strained over the past three years in the wake of disputes over comfort women. The recent meeting between Korean president Yoon Suk-yeol and Japanese prime minister Fumio Kishida at the United Nations - which Japan has insisted was an "informal" meeting - was only a minor thaw, and there is still a long way to go before their relations are normalized.

And US-Japan collaboration does not stand a good chance, judging from the Plaza Accord singed in 1985 and the US policies that doomed Japan's semiconductor industry to three decades of failure. On the contrary, Japan and Taiwan are friendly to each other; so are their people. Taiwan may not be the perfect choice, but it is the perfect partner for Japan in international cooperation. Such a partnership may take a different form now: In the past, it was a vertical division of labor with Japan playing the leadership role; now the strategic partnership is a horizontal one.