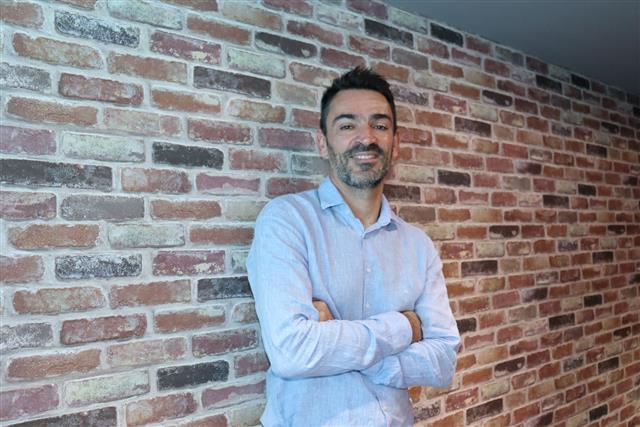 Wide-bandgap (WBG) semiconductors are on track to build their momentum as demand for fast charging grows. Wise-integration, a startup specialized in gallium nitride (GaN) power supply solutions, advances with an ambition to disrupt the market through digitalization.

Headquartered in France, Wise-integration focuses on the digital control of GaN power supplies and GaN ICs. It has established a close relationship with Asia, where its suppliers and primary customers are.

Thierry Bouchet, the company's co-founder and CEO, visited Taiwan and South Korea in late September. He sat down with DIGITIMES Asia and shared the company's latest progress.

In June, Wise-integration launched its first commercial product, the GaN half-bridge Power IC that suits consumer electronics chargers and e-mobility, according to a press release. It is part of the company's power IC portfolio using GaN technology from TSMC.

Bouchet said it is important to meet customers and distributors in person now as the company is ready to go to the market and scale up its business. He added that 70% of Wise-integration's customers are based in Asia, with the main ones, the power supplies manufacturers, located in Taiwan.

In addition, Bouchet said the core of the semiconductor supply chain is also in Taiwan, so the company "needs to be here."

Developing solutions based on the high-profile semiconductor material, Bouchet said Wise-integration's target is to be the first one introducing digitalization to power supplies - using a microcontroller instead of an analog controller to manage the electrical device.

Digitalization could make a power supply more intelligent, the CEO said, just like a USB-C connector enables a laptop and a cell phone to share the same charger. He said if a power supply becomes multifunctional, it would help reduce electronic waste because one charger might be able to charge everything.

Digitalization could also increase power efficiency and shortens time-to-market, Bouchet said. He added that a more efficient power supply could save energy and reduce carbon emissions to comply with countries' regulations.

In addition, Bouchet said increased efficiency means a smaller power supply. It would be useful for products such as laptops because users can easily take a charger with them. The CEO said the company is working with ODM to implement the solution.

According to Bouchet, digital power supplies are already available for data centers and other high-power scenarios but not for the standard power supply ranging from 30W to 3kW. And that is the mass application market that Wise-integration targets.

Bouchet also said the mass market encompassing smartphones and other consumer products is suitable for GaN technology because it is more cost-competitive than silicon carbide (SiC), another popular WBG semiconductor material. Moreover, its high frequencies facilitate better performance and compactness.

GaN power IC that can pave the way for e-mobility

The first commercial product that Wise-integration launched three months ago is a 650V enhancement mode GaN-on-silicon integrated circuit, according to the company. One of the markets that the power IC targets is e-scooters and e-bikes.

Bouchet said Wise-integration's solution can help reduce the size of a charger so much that the charger could be introduced inside the battery. Therefore, a rider can plug in the battery directly and charge.

Wise-integration has made a prototype and worked on commercializing the technology with a French customer, according to Bouchet. He also said the company will work with the world's largest bike designer and manufacturer based in Taiwan to implement the solution.

At the beginning of 2023, Wise-integration plans to launch WiseWare®, an MCU-based digital firmware for AC/DC GaN power supply. Bouchet said the company will integrate the firmware on standard microcontrollers, disrupting the power supply market.

He explained that no competitors take the same approach now. Instead, many of them combine analog controllers with GaN to develop a power supply solution, while Wise-integration advocates using microcontrollers to realize digitalization.

For the long-term, Bouchet said the company plans to develop a solution combining its GaN power IC products and WiseWare. To fulfill the goal, it will introduce new functionalities inside the IC to facilitate the use of the digital controller and reach total compatibility between the two without any external device's assistance.

Series B funding round planned for 2023

Founded more than two years ago, Wise-integration is ready to accelerate business and gain more global presence. It has planned a Series B funding round in the first half of next year, Bouchet said, aiming for US$15 million to US$20 million. The startup completed a Series A funding round with EUR5 million (about US$5.8 million) in 2021.

Bouchet said he had discussions with potential investors during his stay in Taiwan, hoping to find a lead investor. He added that the money will mainly be used for growing customer service, accelerating time-to-market and the industrialization of WiseWare.