Challenges for semiconductor sector (2): What it takes to get to the top 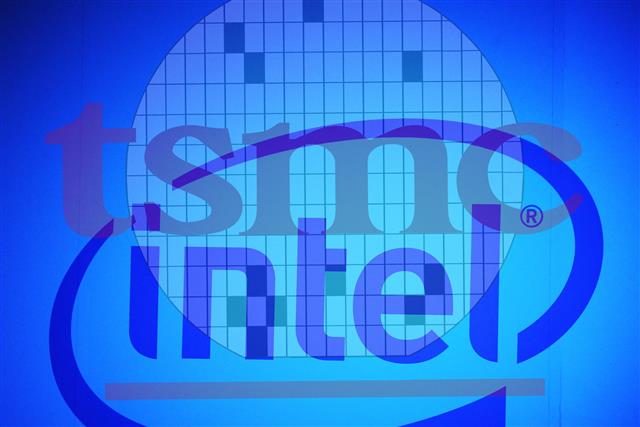 Samsung Electronics, Intel and TSMC are the top three companies in the global semiconductor industry that have announced their entry into the 7nm advanced process. While the leading companies are inevitably enaged in intense competition against one another, Intel has outsouced its advanced process products to TSMC.

According to Intel's financial report, Intel's total revenue in 2021 was US$79 billion, including the sales from the NAND department it sold to SKY Hynix at the end of 2021. The sum was higher than TSMC's US$56.8 billion. However, with less flash memory revenue in 2022 and TSMC likely to maintain a decent growth rate, TSMC and Intel are expected to post similar sales in 2022. And we can expect TSMC's revenue to surpass Intel's in 2023 and even challenge the US$100 billion threshold in 2024.

In addition to the golden crossover in revenue, the gross margins of Intel and TSMC are also likely to see separate trends in the next one or two years. TSMC's gross margin in 2021 is estimated at 51.6% and Intel's over 55%. But with Intel having setbacks in migrating to advanced nodes, 2022 is expected to be the first year where TSMC's gross margin exceeds Intel's. It used to be hard to believe that TSMC, as a pure-play foundry house, would have a chance to surpass Intel, which has long been the world's top semiconductor company.

In the 1970s, when semiconductors became a truly independent industry, Intel was the leader, having been founded in 1971 and boasting a global market share of 80% for DRAM in 1974. Japan started making efforts for the memory industry in 1976 and four years later managed to overtake Intel. Starting 1980, Intel was going downhill in the memory market. The US government came to Intel's aid by signing two semiconductor trade agreements with Japan and even imposing anti-dumping duties on Japanese products.

It dealt a heavy blow to Japan, but Intel never recovered the crown. But Intel made a bold move by withdrawing from the DRAM market in 1985, shifting all its resources to PC processors. Andrew Grove's forward-looking and bold decisions gave Intel nearly 30 years of unchallenged dominance.

But the cut-throat competition between Intel and Japanese makers in the memory industry actually benefited Korean players. In 1983, when Samsung and Hyundai Electronics announced their entry into the DRAM industry, no one thought that South Korea, with a per capita income of US$2,000, was "qualified" to challenge the top players of the industry. But since the 1990s, Samsung has been the world's top memory vendor.

Judging from the past industry development, we can decide for ourselves what the key to change is: market positioning, rules of the game, business strategy, or long-term management? A comparison of TSMC, Intel and Samsung may give us some ideas about what it takes to get to the top of the semiconductor industry, and what it takes to manage a business. Source: Companies and DIGITIMES Research, May 2022