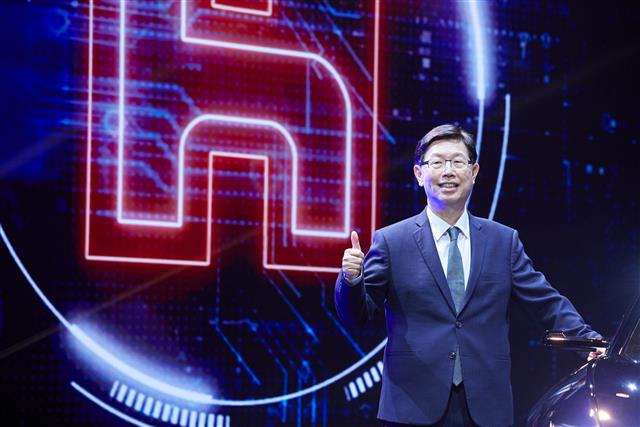 With the continuous advancement of technology, semiconductors and the role they play are becoming increasingly more important across industries and in personal life. Hon Hai (Foxconn) chairman Young-Way Liu talked about new perspectives and the future development of semiconductor technology and supply chain at the 2021 US-Taiwan High-Tech Forum hosted by the North America Taiwanese Engineering and Science Association (NATEA) on November 6.

Liu said that today semiconductors and personal lives are already inseparable. From online banking, transportation, medical treatment to military matters, semiconductors have entered every aspect of personal life. Not only have semiconductors become more powerful, but artificial intelligence (AI) has also become smart enough to enable deep learning algorithms and the massive amounts of data in the cloud. Furthermore, certain applications used in the COVID-19 pandemic response in the past two years have also triggered greater demand for semiconductors.

The importance of semiconductors has also led to many countries fighting to become a leader in the semiconductor industry or establish their own supply chain system. This has been further accelerated by the US-China trade war.

Foxconn founder Terry Gou predicted the "one world, two systems" (G2) framework, according to Liu. The G2, consisting of the US and China, could become the G3 with the addition of Europe or an even more decentralized environment. Therefore, the former global semiconductor supply chain will evolve based on geopolitics or regional development.

Since the upstream and downstream boundaries of the traditional semiconductor supply chain are collapsing, individual companies and countries are looking to establish their own power based on their own self-interests. This includes systems companies like Apple, Amazon and Google, who have all started designing their own system on a chip (SoC).

Liu believes that because Taiwan has strong capabilities in the semiconductor industry, it will be able to help and contribute to future global development. Liu also mentioned that there are new challenges in the automotive supply chain that must be approached in a different way.

Referencing news from CNBC, Liu pointed out that the loss of revenue in the automotive industry due to IC shortages in 2021 could reach US$210 billion. The lack of transparency by the supply chain is cited as a factor for this loss. This also gives traditional automakers a good reason to reconsider the traditional Tier 1, Tier 2 and Tier 3 supply chain hierarchy.

Additionally, the development of Level 2 EVs to Level 4 EVs has significantly increased the demand for sensors and computing power. To meet these demands, more advanced semiconductors are required.

As a result, traditional automakers hope to master themselves the assembly and installation, components, materials and IC of key systems and modules. For example, Tesla improved the effectiveness of its autopilot through its self-designed DOJO chip. Volkswagen is also venturing to make its own SoC.

Faced with the transformation of the global automotive industry, Liu believes Taiwan-based manufacturers can use their abundance of experience in the semiconductor industry to help automakers. However, because current traditional automotive semiconductors are controlled by Tier 1 manufacturers, the majority of Taiwan-based companies are unable to directly contact automakers and get information on related product designs. As a result, it has been difficult to develop within this space.

This is why Foxconn launched the MIH EV open platform. Through the MIH Alliance, Foxconn hopes to open the door to the industry, providing semiconductor companies and manufacturers from other fields the opportunity to get in on the early EV design stages.

As one of the founding members of the MIH Alliance, Foxconn will continue to provide software and hardware platforms and more opportunities to alliance members. It will also help members build closer relationships with supply chains of related industries.

Regarding Foxconn's EV industry plans, Liu revealed in addition to recently reported news, the company has new plans in progress. For example, in terms of EV batteries, in addition to continuing internal R&D, it will also continue to engage in cooperative developments similar to its previous investment in Singapore-based Solid Energy Systems (SES), a manufacturer of lithium-metal batteries.

Based on Foxconn's previous experience setting up a factory in the US state of Wisconsin, Liu said that the cost of setting up a factory in the US was only expected to be 30% higher than in China. In reality, that figure was much higher. This was mainly due to the lack of infrastructure, which resulted in an overall cost much higher than the original 30% to 40% estimate.