In terms of the maturity of the startup ecosystem and digital economy among Southeast Asian countries, Singapore is the leader, followed by Indonesia, Malaysia and Vietnam, according to AppWorks partner Jessica Liu.

Southeast Asia is often associated with demographic dividend, especially Indonesia, Vietnam, and the Philippines. However, there are only 5.8 million people in Singapore, and when it comes to the digital economy, Singapore is more concerned with the development of core tech, such as AI, Industry 4.0 and blockchain, said Liu, who leads the accelerator's efforts in Southeast Asia and the region's burgeoning blockchain ecosystem.

Singapore has reached a high level of digitization, while many of its neighboring countries still rely on paper, and their progress of digitization is relatively slow. As a result, most of Singapore's startup teams, unless they specifically target other Southeast Asian markets, are usually R&D and technology oriented, while others are usually very consumer oriented and focus on overseas markets, she said.

On the surface, Singapore's small size seems to be an inherent disadvantage, with a total population of just over five million, while Indonesia has five million newborns each year. The small population makes it difficult for Singapore to find enough technology talent, which is why its companies are keen to recruit talent from around the world, with some companies running R&D centers, according to Liu.

Singapore-based consumer-driven digital service companies target overseas markets with big populations, and even the entire Southeast Asia. AppWorks' portfolio of investments, such as Shopback and Carousell, which also operate in Taiwan, have been focusing on the Southeast Asian market since day one, she said.

Smaller countries around the world with such an inherent disadvantage, such as Singapore and Israel, have turned a disadvantage into an advantage with a broader perspective. Take the two unicorns in Southeast Asia as an example. Grab is a Singaporean company and knew from day one that the market would not be limited to Singapore, while Go-Jek started out to serve the local Indonesian market and was forced to expand into other markets later on, Liu said.

Go-Jek has a learning curve to overcome in Vietnam, where Grab has been operating for many years. They provide similar services, but brand building and consumer loyalty take time, she indicated.

Liu said Indonesia is where China was 5-10 years ago, and Vietnam is probably where Indonesia was 5-8 years ago. Of the Indonesian startups that I saw in 2016 and 2017, 95% would be gone in about a year. But today, the survival rate has increased, and investors have a better idea of what the teams that have a better chance of success will look like. The Vietnamese startup ecosystem is now more like Indonesia's three or four years ago.

AppWorks has invested in a number of startups in Indonesia, most recently in InfraDigital Nusandara, which provides a complete billing service; in HarukaEDU, which offers remote learning; and in Yummykitchen, which provides cloud-based kitchen service.

HarukaEDU works with universities in Indonesia, and anyone who completes a distance learning course at one of these universities and passes an assessment test can receive a full university diploma. As Indonesia is made up of many islands, this service allows learners in remote areas to overcome the geographical barrier, said Liu. This is in line with the Indonesian government's policy to make higher education more affordable and to improve the quality of its workforce.

The US-China trade war has been relatively beneficial to Southeast Asia's economy, reshuffling the supply chains, attracting capital to Vietnam and stimulating demand. And COVID-19 has accelerated the acceptance and popularity of digital economy, such as telemedicine and digital wallets in Southeast Asia.

Indonesia's digital ecosystem stands out in Southeast Asia thanks to president Joko Widodo's strong support in the past 4-6 years, which has helped Indonesia make rapid progress in terms of policies, human resources and resource allocation, said Liu

Taiwan is in an awkward situation, said Liu. The domestic market is actually quite strong, with sufficient suppot from the upstream supply chain and downstream logistics, which provides mid-size startup teams a comfort zone beyond which they are reluctant to expand.

Southeast Asian teams usually come to Taiwan to participate in AppWorks for three purposes: first, to join a community of entrepreneurs and get help from like-minded people to lower the learning curve; second, to expand the market, because Taiwan's digital market is booming and its overall scale is still larger than six major Southeast Asian countries combined, said Liu.

The third is access to talent, as Taiwan has a much better supply of software engineers and data analysts in Taiwan than in these countries, she said. In terms of IT engineering, the quality and quantity of talent in Taiwan is much better than in Southeast Asia, so both Shopback and Carousell have set up R&D centers in Taiwan to handle overall digital support and operations. 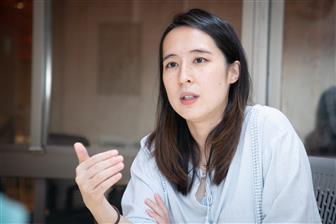