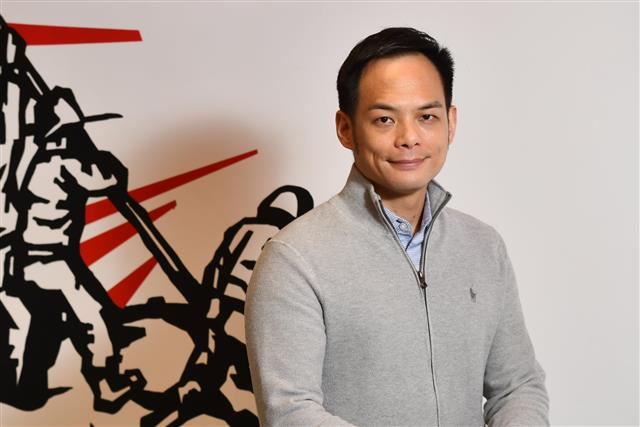 AppWorks, the largest venture capital (VC) firm in Taiwan and Southeast Asia, manages three VC funds with a total asset of US$212 million after 10 years of efforts. Not only has the firm reached profitability, but it has also incubated an accumulated total of 56 startups, including four successful IPOs, one centicorn (worth over US$100 billion), one decacorn (worth over US$10 billion), one unicorn and six centaurs (worth over US$100 million). The entire ecosystem is made up of 400 active startups reaching an estimated total worth exceeding US$10 billion, employing 17,000 professionals and generating annual revenue of US$8 billion.

During a recent the interview by Digitimes, AppWorks founder, chairman and partner Jamie Lin shed light on the firm's goal for the next decade and shared his view on future trends.

A: When starting Fund 1, we received investments from four leading corporations. Fund 2 had investments from nine corporations. The number went up to about 12 or 13 for Fund 3. We have been working with CVC every step of the way. It's just that every CVC may have different objectives when they fund our projects. Some are purely after financial returns while the others have strategic considerations. AppWorks has always made it clear to our CVC partners that we bring double values. First and foremost, we create financial returns. Our net annualized rate of return has maintained around 26% since Fund 2, which is in the upper 10% among global VC firms. Fund 3, of which the fundraising concluded at the end of March, received overwhelming response, reaching a final close of US$150 million, far exceeding the target of US$100 million.

Fund 3 has exceeded Fund 2 by a wide margin while standing a good chance of being among the world's largest 10% VC funds. We benefit our shareholders with ROI that outperforms funds with a similar focus. More than that, we operate a large ecosystem with a wealth of promising startups. Our shareholders can choose to invest in our startups that align with their strategic goals. I would like to emphasize that we run a two-way platform, serving both CVC and startups. Our startups need to build partnerships with corporations. AppWorks creates a win-win situation through our VC operations and looks to broaden and strengthen the business model going forward.

Q: You have mentioned that your next 10-year goal is to create more AppWorks and grow the VC ecosystem. How do you expect to achieve the goal?

A: For the upcoming decade, first of all, we expect to ramp up the number of active startups in our ecosystem to 1,000. Then, we look forward to growing their total estimated worth to US$100 billion and their total employees to 50,000. That is, we will be creating that many jobs. Furthermore, we hope to foster 5,000 graduates from AppWorks School (the number now stands at 300). Another goal is to grow Taiwan's VC ecosystem and expediate its growth.

AppWorks has completed fundraising for Fund 3. Fund 2 and Fund 3 have performed brilliantly, generating handsome returns for investors while enabling startup teams to enjoy good income. We also provide our employees with big bonuses. The entire ecosystem has created plenty of job opportunities and shots at success for young people and entrepreneurs in Taiwan. We even started a free school with our surplus funds, which has helped many people learn new skills and successfully transition to new jobs. We have accomplished so much and brought tremendous values to society without any use of social capital. All the stakeholders in the ecosystem are able to reap the benefits of the multi-win-win situation. If there's not just one AppWorks in Taiwan but 10, the energy they'll be able to create will considerably fuel Taiwan's growth.

AppWorks focuses on "ABS": AI, blockchain and Southeast Asia. Going into the next decade, we hope to build more firms like AppWorks targeting other fields. Of course, we need to speed up our own growth as well. When we are able to successfully grow more new ecosystems, we will be able to multiply the positive result, so we need to also expand horizontally.

Q: What fields do you think are worth investing in?

We are also helping Cornerstone Ventures without making financial investment. The VC was jointly established by Chunghwa Telecom (CHT) and PCHome. Hung-Tze Jan, PCHome founder and chairman, asked us to recommend fund managers, so we gave Cornerstone two of AppWorks' seasoned managers - Tzu-pu Lin and Min-Jun Jiang. The two high-caliber professionals have made great success operating Cornerstone. AppWorks was considering making investment into Cornerstone but decided against it because some Cornerstone shareholders had concerns over my role as Taiwan Mobile's president.

We hope to see 10 or even 20 premium-quality VC funds in Taiwan over the next 10 years. This will help reinvigorate the VC sector and expediate growth.

Q: AppWorks focuses on ABS with plenty of success stories. Could you share your views on the future trends of blockchain?

A: I started to watch blockchain development in 2013 and examine the potential effect of cryptocurrencies and decentralized finance platforms on the human society. Cryptocurrencies at that time were fungible tokens, meaning the coins were identical and worth the same. The concept of non-fungible tokens (NFT) began to emerge in the world of blockchain in 2017 with an aim to reflect the fact that not every token is of the same value in the society.

For example, limited edition collectible coins of unique serial numbers may have special value and meaning to collectors. In fact, there are many types of assets that may take the same shape or form but still have slight differences. If we are to digitize these NFTs or their ownership, existing fungible tokens like Bitcoin and Ether will not serve the purpose. CryptoKitties is the pioneering NFT application in gaming. We think the NFT concept captures a large portion of how the human society operates so we are very optimistic about its development.

Dapper Labs, the developer of CryptoKitties, wanted to focus on NFT but later found the Ethereum blockchain could not handle massive NFT transactions occurring instantly, so it began to develop its own Flowchain. We came into contact with Dapper Labs in 2017, when Bitcoin experienced a surge followed by a crash by the end of the year. No one really wanted to invest in blockchain at the time. We, on the contrary, have always had high hopes for blockchain and saw the potential of Dapper Labs, whose CTO was the one that published the NFT white paper on Ethereum. In view of CryptoKitties being the first killer NFT application and the development of Flowchain, we made two rounds of investment into Dapper Labs, totaling US$2.5 million.

I experienced the dot-com bubble first-hand. Soon after I started my own business in 1999, the first bubble burst. Then in 2007-2008, I saw the second market crash. A lot of companies didn't survive the two bubble bursts. In contrast, those providing fundamental applications and services that get to the root of people's problems enjoy growing adoption. This has never changed and will never change. The same is true for blockchain. Even though asset prices fluctuate, applications and use scenarios have been expanding since 2008. Blockchain is increasingly used to solve more and more problems. This trend will continue going forward.

Q: Looking ahead, what emerging opportunities do you envision? What efforts does Taiwan need to make and what partnerships should Taiwan engage in to capture such opportunities?

A: Established five years ago, AppWorks School may seem like a side project but we put our heart into it because it offers development opportunities for young people. Changes in school education lag behind rapid advances in today's world. Traditional school systems can no longer keep up with current needs. AppWorks School is aimed at bringing the gap closer by allowing young people to learn practical skills for free and enabling them to make positive contributions and realize their dreams.

Looking ahead, I see Taiwan's aging and shrinking population being a major concern. Despite the nationwide effort to encourage childbearing, it is not a real solution but a slow remedy. Children born today will not be able to work until they are about 20 years old. Immigration is the answer. The US is strong because it takes in first-rate talent from all over the world. At least before Donald Trump was elected president, the US did not turn away foreign talent.

Taiwan may not be able to compete with the US for global talent but if we narrow the scope to Greater Southeast Asia, whch includes Taiwan, then Taiwan is in a good position to attract talent in this region. Taiwan is a leader of the pack in this region, and it offers good education. Many people would prefer living in Taiwan.

If we are willing to recruit students from countries in Southeast Asia to attend college or graduate school, we can attract outstanding talent. Some of them may stay after completing their study. A top priority for Taiwan now is to turn our cost-effective higher education system into an attraction that wins over premium talent in ASEAN countries and an engine that drives future economic growth.

ASEAN countries face a rising China together. If Taiwan can form an alliance with them and build up connections, Taiwan can have more leverage. By establishing closer ties with Southeast Asia, Taiwan has a way to mitigate the impact of population aging and decline on productivity and the threat to regional peace. This should be a goal that Taiwan needs to make effort toward for the upcoming decade. The next 10 years will be a window of opportunity that Taiwan must seize. There will be no second chance if we let it pass.

This is also the reason why I set up the NTU-Jamie Lin-Southeast Asia Bursary. I hope more people will join this effort and build up the energy. From AppWorks' experience, we have learned that if we do the right thing and work toward the goal one step at a time, over time we'll start a positive cycle. What we have accomplished through our years of efforts is a perfect example. 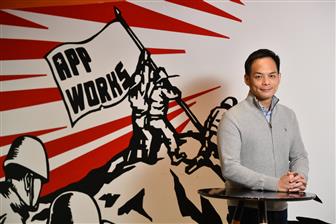