The IoT (Internet of Things) applications will see explosive development in 2019-2020 with total NB (narrow band)-IoT solutions to be fully incorporated into the smart city field, but no enterprises can fight single-handedly in the era, according to KC Liu, chairman of Advantech.

Liu said that demand for IoT applications from customers, especially in China, has grown significantly since the beginning of 2018. This, coupled with full deployments by China's three telecom operators and web giants Alibaba, Tencent and Baidu as well as strong government policy support, has added drastic growth momentum to IoT applications in the country.

Liu said Advantech is focusing on the development of SRP (solution ready packages) for IoT applications and on SI (system integration) seeking to expand the market through collaborating with cross-industry players.

He disclosed that Advantech may cooperate first with China's Baidu in promoting IoT solutions, and may also collaborate with Alibaba in the future.

As a provider of cross-industry platforms, Advantech has been actively carrying out labor divisions with telecom operators, large software firms and small and medium-sized enterprises to help traditional industries' transformations and upgrades.

Liu said only a few firms operating well in the Internet+ era can successfully transition to the IoT era through business transformation. 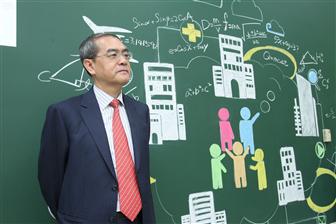 Tags
Advantech Alibaba automation Baidu chairman ICT manufacturing industrial automation Internet IoT IPC IT + CE Server, IPC, cloud computing, IoT Software, big data Tencent
Companies
Advantech Company Ltd. Unitech Electronic
Looking for startups?
Startup database
Profiles of startups from Taiwan and around the world: their technologies, product developments, fundraising rounds, etc. All startups are welcome to register their profiles - free of charge.
Register
Accelerators & incubators
Information about accelerators and incubators from Taiwan and around the world that are mentoring startup businesses and teams. All mentors are welcome to register their info - free of charge.
Register
Events calendar
Major events, including those organized by the government, DIGITIMES, and others, featuring startups, innovative technologies and products from Taiwan, Asia and around the world.
Realtime news
Supply chain