Co-chairman of SVT Angels and co-founder of Acorn Campus Ventures, T Chester Wang taught college courses in Saudi Arabia and invested in real estate in Silicon Valley before he began angel investing. From investing in real estate to investing in high-tech startups, from investing by himself to founding Acorn Campus Ventures with friends (Wu-Fu Chen and ‎David Tsang) and investing with a group of angel investors, Wang has many success stories as well as bad investments such as the one in eBay made without a real understanding of new business models.

Drawing on his experiences, Wang calls on the Taiwan government to leverage Taiwan's strength and focus attention on the development of healthcare technologies while instituting flexible policies to allow exit mechanisms for startup firms so as to foster burgeoning startup developments.

If a startup firm fails, the problem is either the market or the startup team

Wang spoke frankly that he learned from his years of experiences that it is easier to invest in real estate than high-tech startups. For real estate investment, once you get to know the neighborhood you look to invest in, all you need to do is come up with the capital and find the ideal timing to enter the market. The real estate market operates on a boom and bust cycle based largely on supply and demand. Even if you get caught in a recession, you can wait for a few years and still be able to sell the property. Your biggest loss may be just the interest you have to pay. In contrast, angel investing involves professional knowledge of different industries. Moreover, as you invest in people, a wide range of factors can lead to success or failure. If the deal goes bad, you get zero return.

Analyzing Acorn Campus Ventures' angel investment cases, Wang found that startup failures were rarely because they were unable to make the products but mostly because they targeted the wrong market, they failed to stay keen on market conditions, or the startup team had problems. With the US Telecommunications Act of 1996 in effect, new telecom technology companies were burgeoning at the time. Among them, Wang was optimistic about Anda's technology and therefore made an investment. Instead of accepting a merger offer of US$500 million in 2000, Anda wanted to proceed to IPO. Unfortunately, a year later, the 911 terrorist attack caused a stock market crash. The capital market became tight and firms were cutting down expenses by continuing to use existing telecom equipment and calling off their replacement plans, which seriously affected Anda's sales. Unable to make ends meet, the company fell into dire financial difficulty.

What Anda encountered was a market problem, rather than a technology problem. You may not be able to avoid unexpected incidents but you can definitely prevent failures due to human factors. Wang thinks the founder plays a critical role in the startup team. It is important whether the founder possesses the characteristics: persistence, willingness to share, focus, modesty and leadership. Can the founder persist through hardships in the process of starting his own business? For example, when the firm has trouble paying employee salary or when product development runs into a wall, does the founder try everything to work things out or does he change direction every time he faces a problem? There will always be new problems ahead even if you change direction.

Whether the founder is willing to share the fruit of success also affects team spirit. Some founders are selfish and boss team members around. It is unlikely such teams will succeed. There are also some startup founders who do not handle fame very well. When they get all the media attention and give speeches everywhere, they become so full of themselves that they lose track of what they do best, putting themselves on the road to failure.

Years ago, SVT Angels had a program to foster Taiwan's startup teams and sent a group of outstanding teams to Silicon Valley for a close look at how American startup firms operate. SVT Angels also helped them develop their projects and products. As one of their mentors, Wang observed that young people in Taiwan have excellent qualities and a visit to Silicon Valley can broaden their horizons.

Before they came to Silicon Valley, they avoided talking to people about their startup ideas in fear of disclosing their trade secret. However, the visit to Silicon Valley made them realize that discussing their ideas with people can help them validate market needs, broaden their horizons and open their eyes, said one team member under Wang's guidance when sharing his experience. Enhancing English proficiency is the suggestion that Wang gives to Taiwan startup teams. In contrast to teams from other Asia Pacific regions, such as Singapore and Hong Kong, Taiwan startup teams are not fluent enough in English. The world is flat and competition is more intense than ever before. You cannot engage in profound discussion with people without fluency in English.

Taiwan has many additional advantages. For example, six degrees of separation (the theory that any person is connected to another by six or fewer acquaintances) works very well in Taiwan, a small society where it's easy to find out if someone is credible and thereby build a trustworthy team. Moreover, with market mechanisms and systems more in line with international business practice, Taiwan can be a reliable partner for international businesses planning to enter the China market, where it may be difficult for foreign firms to quickly establish trust amid its massive market scale and unforeseeable circumstances.

Last but not least, Wang advises that to foster a booming startup industry, the Taiwan government should adjust its policies to allow startups to have exit mechanisms, for example, easing control on merger deals. Acorn Campus Ventures invested in Crown Bioscience, a research firm providing services for new drug development. Soon after going public, the company was acquired by a Japan-based corporation for US$600-US$700 million in cash. Although Crown Bioscience was then delisted, the deal gave the founder and investors a sizeable return on investment. More such success stories will spur investor interests in startups and more capital funneled into startups will encourage entrepreneurship. Wang thinks instead of supporting a few companies to go public, the Taiwan government is better off instituting flexible policies to provide startups exit mechanisms or easier merger opportunities.

"When money flows out of the capital market, it has a chance of flowing back," said Wang. 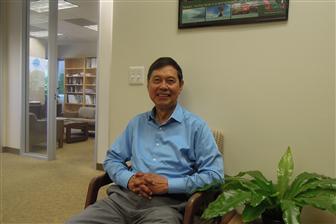 Categories
Bits + chips IC design, distribution IT + CE Mobile + telecom Mobile content, software Mobile devices Server, IPC, cloud computing, IoT Software, big data
Tags
angel investor innovation Interview opinion startup startup news Taiwan
Looking for startups?
Startup database
Profiles of startups from Taiwan and around the world: their technologies, product developments, fundraising rounds, etc. All startups are welcome to register their profiles - free of charge.
Register
Accelerators & incubators
Information about accelerators and incubators from Taiwan and around the world that are mentoring startup businesses and teams. All mentors are welcome to register their info - free of charge.
Register
Events calendar
Major events, including those organized by the government, DIGITIMES, and others, featuring startups, innovative technologies and products from Taiwan, Asia and around the world.
Supply chain