David Weng, CEO of national-level investment firm Taiwania Capital, worked in Silicon Valley for as long as 37 years with 20 years of them spent in the venture capital industry. He participated in over 80 investment cases and is a well-known angel investor in Silicon Valley.

After returning to Taiwan, Weng initially worked as CIO at Asia Silicon Valley Development Agency and later became CEO at Taiwania Capital. He noted that Taiwan has solid strength in engineering and information and communication technology (ICT). And if Silicon Valley's angel investment culture can find a place in Taiwan, allowing existing business operators to pass down their experiences to younger-generation startup founders, the next wave of industry transformation and innovation development will definitely rejuvenate Taiwan's industry.

As an ex-software engineering director at Cisco Systems, most of Weng's investment targets in the past were companies that developed network, software and network security-related applications and a majority of them were angel or early-stage venture capital (VC) investment cases.

Angel investments are mainly projects with only initial ideas and concepts, and investors are mainly evaluating them based on their possibilities. They usually do not yet have a fully-structured development plan and the budgets needed for the investments are also relatively smaller. However, at this stage of investment, investors bear a lot higher risks with a success rate of less than 10%, according to Weng.

The next stage is VC investments. Having reached this stage, a startup should already have a basic structure and investors would apply stricter rules and procedures to evaluate the regulatory licenses the company has obtained, its financial structure, competitors and market competitiveness. Taiwania Capital's business model is focusing more on VC investments.

In one of Weng's previous investment cases, Netscreen, a developer of hardware firewall that was later acquired by Juniper Networks, was one of the most memorable for him. The three founders of Netscreen all worked in renowned IT companies such as Cisco and Intel at the time, but were willing to give up their high salaries and leave their comfort zone to step into the entrepreneurship, something not many people dare to do, Weng said.

His investment in Protego Networks was another similar case. The firm's founder left Cisco to start the company and solved a major problem that most IT companies at the time had trouble with. After angle investors' assistance, the firm was acquired by Cisco 3-4 years later.

Finding the right targets and resolving major problems that the market is facing are the keys to raising the chance of success in entrepreneurship, Weng said. At the same time, startups also need to have complete understanding of Taiwan industries' development directions. Currently, Taiwania Capital is focusing its investments on areas including Internet of Things (IoT), smart manufacturing, artificial intelligence (AI), software design and network security. Medical equipment for biotechnologies and digital medical care are also key directions for Taiwan in the next five years.

Since ICT is a key strength of Taiwan, combining AI with IoT and applying AI to every industry and business will provide huge development potential for Taiwan. AI can also be applied to the medical care industry. Taiwan boasts one of the best medical care services in the world, and enlisting AI to improve Taiwan's current medical services can also be a key development direction.

Letting talent from Silicon Valley handle R&D and design, and team members in Asia handle engineering and process the plan - this will be the best combination for entrepreneurship, Weng noted.

As for how large-size enterprise can spur innovation developments and startups' rapid growths, Weng suggests big firms consider establishing corporate ventures to identify innovative technologies. Citing Cisco as an example, he pointed out that in addition to its internal R&D team and R&D cooperation with partners, the networking solution provider also placed US$2 billion to establish a corporate venture to acquire companies with new technologies.

Instead of relying on internal R&D teams to create every single piece of technology, such a method provides great benefits to the development of the ecosystem. The investment model can be seen quite often in Silicon Valley.

Having participated in over 80 investment cases, Weng believes the process of evaluating entrepreneurs is an important step for angel investments, which have no clear information of the startups' development plans, and investors are basically deciding whether to trust the entrepreneurs.

Having acted as an angel investor for many startups, Weng said he enjoys more the satisfaction from the achievements of helping startups to grow, than the return of his investments. Weng is also happy to pass down his experiences and connections to younger-generation entrepreneurs, extending help when they have difficulties. 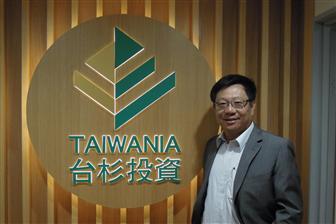