With the IT market shifting from PCs to mobile devices, there has been an increased appetite for support for Wi-Fi and wireless technologies such as Bluetooth and near field communication (NFC). Mobile users are not only looking at emails and texting though; mobile devices are increasingly being used as a viewing device for HD content, which has placed an increased strain on bandwidth. Moreover, the market is seeing more and more new solutions that are being enabled by low-power wireless, such as wearables.

Leading up to Computex, Digitimes spoke with Rahul Patel, vice president for Broadcom's Mobile and Wireless Group, to gain more insight into how Wi-Fi and low power Bluetooth NFC are coming to the forefront in the market.

Q: Can you give us an update on Broadcom's rollout of 802.11ac over the last year?

A: Last year at Computex we said Broadcom's 5th generation Wi-Fi (802.11ac) would be quickly adopted. Since then 802.11ac adoption has skyrocketed. It can now be found in all types of products ranging from routers, PCs and TVs while also being in mobile phones in a big way. Broadcom is looking at unit volume shipments totaling in the hundreds of millions of units. There is a fast adoption of 11ac across multiple market segments and that kind of highlights one of the biggest challenges in the Wi-Fi market.

Q: What do you mean?

A: If you look at the number of products that utilize Wi-Fi, you are seeing a lot more devices coming into the home that depend on personal home networks. Wi-Fi is being extended to things like televisions, music players and IoT (Internet of Things) devices. And when it comes to the individual user, it used to be that everyone had maybe one device but with the proliferation of tablets, smartphones and other mobile devices we are now seeing 2-3 devices per person. So for a family of four you are looking at more than 10 devices that need Wi-Fi support. We see this as being a problem because the network has to scale and provide appropriate bandwidth for the multiple devices and at multiple distances. To address these challenges in an interesting way, what we did was come up with a new platform earlier this year that we call 5G Wi-Fi XStream.

Wi-Fi XStream is a six stream 802.11ac MIMO platform for home networks that can run up to 50% faster than MU-MIMO routers and gateways. What Wi-Fi XStream does is create an environment where all the high priority traffic on 5GHz in 802.11ac will move to one channel of the 5GHz frequency band while lesser priority traffic will simultaneously be moved to other 5GHz channels. The lowest priority traffic that does not have 5GHZ support can be shifted to the 2.4GHz band. So now all of a sudden you have the ability to support Wi-Fi data rates up to 3.2Gbit - or greater than 2Gbit per second of TCP/IP - without having legacy clients (or devices that are shipping today) needing to support multi-user MIMO (MU-MIMO). Broadcom is trying to address the problem of the home network by addressing the situation based on the clients that are there today by provisioning this new platform Wi-Fi XStream.

So, for example, if you have two MacBooks talking to your 802.11ac 3x3 router, your bandwidth is going to get split down the middle between the two clients. And if you have more clients, such as phones, smartwatches and TVs, the bandwidth is going to get split even more. With 5G Wi-Fi XStream, the high priority client, say the one that is receiving streamed video will get the one channel and will get maximum bandwidth, while the lesser priority traffic will move to other channels in the 5GHz band.

Broadcom is solving three big problems here. One is the quality of service (QoS) problem which is effectively taken care of by making sure 802.11ac devices in the home are not sharing with slower Wi-Fi devices, so users are getting a better quality of service and better video experience in the home. We are also addressing the bandwidth problem by making a lot more bandwidth available on the network, up to 3.2Gbit per second. There is no other router in the market today that can provide this much Wi-Fi capacity. And the third thing we address is the problem of range. The clients that need the furthest range will have the ability to choose between one of two channels which would be less congested and would be supporting the furthest reach versus a client that is stuck with one channel operation that is shared between multiple clients. These three issues are becoming a bigger and bigger problem for previous generation routers because there are so many more clients needing support in the home.

Q: What is the expected rollout for 5G Wi-Fi XStream routers?

A: Broadcom will enter into production in the second quarter and customers all over the world engaging on the platform with shipments in the second half of the year, or shortly thereafter. So we expect Taiwan customers to be launching a number of products during Computex.

Q: What kind of adoption rates do you expect?

A: Products will be slated for the premium category of the market initially but given that the growing appetite for Wi-Fi in the home and the desire for the market for increased performance in this segment, I expect demand to be much better than we saw for premium routers last year.

Q: you spoke about increased Internet of Things devices. I know that that Broadcom has what you call WICED (pronounced as wicked; Wireless Internet Connectivity for Embedded Devices) for adding wireless connectivity to embedded devices. Can you update us on that platform?

A: WICED is a fully integrated software/hardware design kit that can be used to quickly design and integrate wireless into a system for production and shipments. We have WICED Wi-Fi and we also have WICED Smart, which uses a BLE (Bluetooth Low Energy) module along with Broadcom software SDK.

WICED is shipping to many ODM partners in Taiwan. We are seeing tremendous adoption because we make it easy for our partners; we don't require a lot of stringent paperwork to use WICED. It's simply available on Broadcom's website or through our channel partners' websites and we have seen thousands of SDKs and HDKs downloaded and purchased by customers.

Q: What are customers doing with WICED?

A: We have seen WICED-based designs ranging from garage door openers to music players. Things you see in your day-to-day life can utilize WICED, from hearing aids to lighting solutions. We also recently announced our Bluetooth SoC (BCM20737) for WICED Smart implementations, which will address the need for advanced security to ensure customer privacy. For example, this SoC can deliver on-chip advanced security to prevent hacking of sensitive information in areas such as medical data for IoT in wearable devices. We also added some new software features like support for iBeacon technology for better device detection and identity.

So if you look at wearables, such as the Samsung Gear Fit and Samsung Galaxy Gear Fit, these products have Broadcom BLE functionality in them as well. This means you can monitor your heart rate, your pulse rate, the number of the steps you take - basically monitor your health - and quickly transfer the data to the cloud so that the right people can look at the data and make some assessments about your health. Those are some of the big benefits we foresee.

BLE is also going to be used for proximity detection. If you are walking in a building and you want directions, BLE is going to help guide you in the right direction because of the radio technology. And these are all going to be low power devices, so they can also be used in applications that are tied to security. In your home, in your door drops, in your cameras - all of these areas offer potential usage scenarios for these devices.

Q: Can you talk a little about the wireless charging?

A: Let's take for example the protocol of A4WP Resonance. Under this protocol, a device would have to signal a certain control to the battery or the power unit (PMU) where the source of the charge is going to come from. For example, is it going to charge the battery by using wireless charging or will the charge come from plugging the device in the wall? BLE is the wireless connectivity that is going to drive the protocol to control the source of the charging so the battery gets the appropriate charge. You need to wirelessly control the source and communicate back to the charger where the source is going to be from. BLE gives you the ability to wirelessly talk to the transmitter pad or A4WPn and give information concerning whether the device needs to be charged, is fully charged, or how much charging it needs. All that information is communicated through BLE.

So if you are wearing a device, you can put your hand on the table and maybe underneath the table there will be a wireless charging pad and your device would be charged automatically. Or at night when you get into bed, you simply put your IoT device on the nightstand where a charging pad is and in the morning it is fully charged. Charging will not compromise the user experience. You don't need to remember to charge or worry that you forgot to charge.

Q: What kinds of engagement are you seeing?

A: in terms of applications, we are seeing engagement from companies like Samsung, but we are also seeing interest from Taiwan ODMs. Taiwan firms have a big advantage because they know how to manufacture, they know how to design and they are very familiar with Bluetooth. They have been designing with Bluetooth for over a decade, so we expect to see a huge uptick in IoT and wearables from Taiwan ODMs and from China players as well.

The key to success will be that companies understand that wearables need to deliver a lot from a productivity point of view. Devices will need to provide solutions that can give you things like the status of your health, or have the ability to guide you indoors if you are lost, or have the ability to receive text messages or have some form of text communicated directly on your wristwatch, maybe even a device that helps you fill out forms. 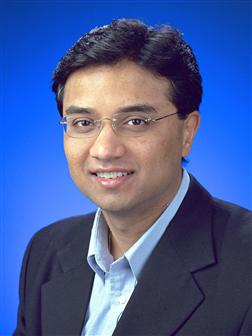