The earthquake in Japan will bring a significant impact on South Korea, which heavily depends on Japan for the supply of many components and materials.

On the upstream supply side, Digitimes Research believes that Korea's IC industry will see the most impact from the earthquake as most of Korea's small enterprises develop their products basing on Japanese component specifications. If related components have any supply issues, these Korea players may need to redesign their products, which could take more than 1-2 years. Optical film supply from Japan is also seeing shortages caused by the earthquake.

Japan-based Kobe Steel and Furukawa Denko, which together dominate the supply of aluminum substrates for hard disk drives (HDDs), have been both hit by the earthquake, as the two makers' capacities are all located in the disaster zones. The shortage is expected to significantly affect the HDD market, particularly the desktop PC segment.

Samsung accounts for about 10% of the global HDD market. Any issues with supply of components or raw materials from Japan will still significantly damage Samsung's HDD business. Aluminum substrates for HDD may see shortages. If the component sees tight supply, Samsung's HDD business is likely to be affected.

Furukawa Denko, which supplies 40% of the global aluminum substrates for HDD, reportedly has resumed its production. But whether supply will return to normal levels remains to be seen.

In the LCD panel industry, supply of anisotropic conductive film (ACF), which is used for bonding driver ICs to LCD panels, is 90% controlled by Japan-based Hitachi Chemical and Sony Chemicals. Hitachi Chemical's Shimodate plants and Sony Chemicals' Kanuma plants have been both shut down because of power outages. LCD panel makers Samsung Electronics, LG Display, AU Optronics (AUO), Chimei Innolux (CMI) and Sharp - each of which sees more than 40% of their ACF supply from Hitachi Chemical - may be seriously affected if the power issue prolongs.

Fujifilm's plant in Kanagawa, Japan, which mainly makes tri-acetyl cellulose (TAC) films for polarizers, experienced a level 5 earthquake on March 11. But the company has already expanded its capacity at the plants in Kumamoto, Japan. The second largest Japan-based supplier Konica Minolta also has just completed the new plants in Kobe, Japan. Therefore overall TAC supply is unlikely to be affected significantly. Korea currently imports about 80% of their TAC films Japan.

Of the glass substrate makers, Japan-based Asahi Glass' (AGC) plant in Yamagata experienced a level-5 tremor. But the plant was not shut down after the earthquake. As for LCD steppers, Nikon and Canon both have plants located in the affected areas.

Stepper makers Canon and Nikon have been much affected by the quake. Nikon currently has about 50-60% share in the global stepper market, and Canon has 40-50%.

Although Korea has been working to raise the self-sufficiency of TFT LCD equipment, the proportion of locally-made PECVD, sputtering machines and steppers is still rather low.

Samsung and LG Display both have plans to establish new LCD lines in China. Previous issues concerning approvals by the the China government had forced the two players to delay the start of their construction to 2012 and 2013, respectively. The earthquake's impact on stepper production may further delay their plans.

In the semiconductor industry, the largest silicon wafer supplier worldwide is Japan-based Shin-Etsu Handotai, a subsidiary of Shin-Etsu Chemical. The company's monthly capacity in 2010 was 1.2 million 12-inch wafers, accounting for 33% of the worldwide capacity. The second largest worldwide supplier is Japan-based Sumco, which is a joint venture established by Mitsubishi and Sumitomo Metal Industries, and can produce 1.05 million 12-inch wafers each month, accounting for 29% of the worldwide capacity. Since the earthquake has shut down Shin-Etsu's plants in Shirakawa, Japan, global silicon wafer market has see disruption to 22% of its capacity.

Japan's DRAM and NAND flash makers were neither directly affected by the earthquake nor the rolling power cuts. They only saw temporary power outage at the time of the quake that resulted in some scrapped wafers. Korea-based Samsung and Hynix, which currently purchase 50-60% of their wafers from Japan-based Shin-Etsu Handotai and Sumco, are likely to be affected by the earthquake. Therefore Samsung is working aggressively to certify wafers from a new supplier, LG Siltron.

South Korea has been eager to develop its upstream components, raw materials and equipment. But It still relies heavily on the upstream supplies from Japan. Korea purchased US$38.1 billion worth of components and materials from Japan in 2010.

Among the components and raw materials that Korea purchase from Japan, system-on-chips (SoCs) are one of the major products. The SoCs are mainly used in IT products such as controllers or set-top boxes (STBs). Suspended production and transportation problems in Japan may affect downstream Korea IT players' production.

Small-to-medium enterprises in Korea, which consume a high proportion of SoCs from Japan, will face a more severe impact than large enterprises. A certain Korea-based STB maker, which depends on Renesas Electronics' SoC supply, dispatched personnel Japan on March 16 to seek stable supply from Japan maker. Renesas' 6-inch fab in Aomori in Japan has been shut down. The Korea company noted that the worst-case scenario would be that it would not be able to receive stable supply and have to develop completely new models.

As for battery component supply, Korea is already capable of producing about 90% of its electrolytes in house. But the country still needs to purchase about 50% of their anode materials from Japan and the rest from China. It also relies heavily on Japan for isolation membranes.

Samsung SDI, whose secondary battery cell sales are comparable to those of Japan-based Sanyo, has pointed out that its Japanese upstream suppliers are mostly located in southern and western Japan and therefore are not seeing much impact from the quake. LG, the world's third-largest rechargeable battery cell supply, noted that some of its upstream suppliers had to shut down production temporarily, but their operation have all resumed.

But it is the battery pack's upstream IC designers in Japan that have been more significantly affected by the earthquake. Battery pack shipments are expected to be delayed, which will in turn affect battery cell shipments.

As for ODD, Sony's plants for producing pick-up head and Blu-ray players in Japan have been affected by the earthquake, but since Blu-ray products still account for a rather low shipment proportion, the impact will be limited. 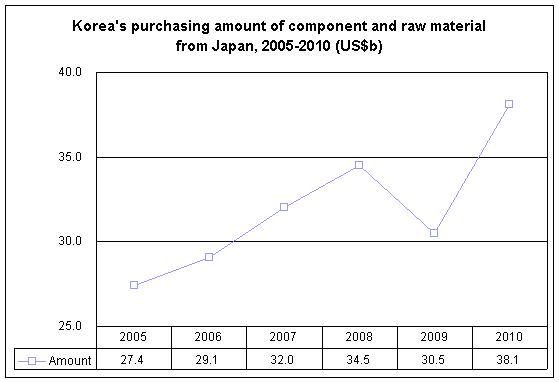 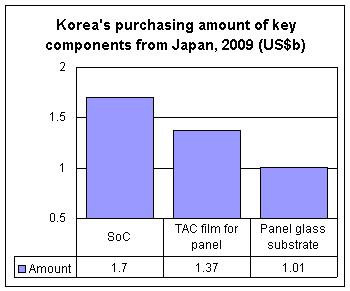 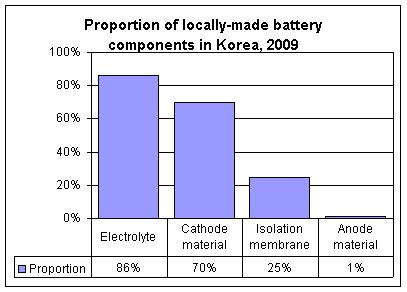