India's shares in iPhone output to grow in leaps and bounds over next 5 years, according to DIGITIMES Research 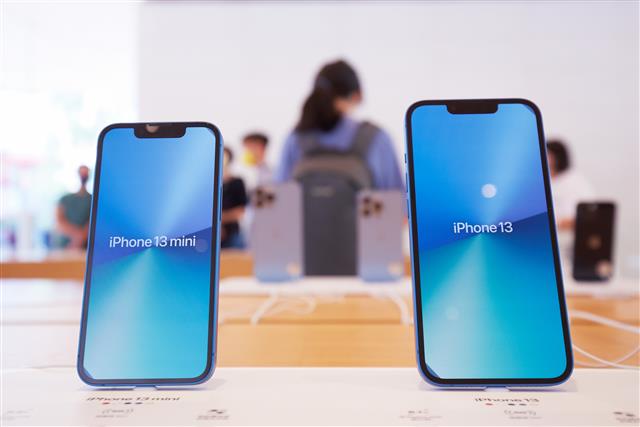 India and Vietnam are to become the biggest beneficiaries of smartphone supply chain migration out of China, according to DIGITIMES Research analyst Luke Lin, who estimates that India will produce 45-50% of Apple's iPhones by 2027, on a par with China, where 80-85% of iPhones were produced in 2022.

Lin said that although India's assembly capacity accounted for 10-15% of iPhones' overall production capacity at the end of 2022, the actual output in India so far has been less than 5%, because the trial production at Pegatron started only after September, and Wistron's production lines for Apple have not reached the maximum utilization rate.

"However, the speed of supply chain migration to India will be accelerated in the future because of the need for diversifying risks in light of uncertainties of China's pandemic control," said Lin. In the first half of 2022, Quanta, which accounts for 60-65% of MacBook's production, was significantly hampered by the pandemic lockdown in Eastern China. In the second half of 2022, there were also pandemic control measures in Zhengzhou, which sparked a riot at a Foxconn plant there in November, affecting iPhone shipments.

Issues such as labor shortages emerged after the lockdown because workers decided to stay with their families in rural areas rather than return to work in cities. This forced Apple's suppliers to raise wages trying to attract workers back to work, and increased overall costs for manufacturing in China.

Therefore, Apple has been expanding its production capacity in India and Vietnam, as it seeks to better manage its supply chains amid pandemic uncertainties in China and geopolitical risks. Apple has accelerated its iPhone production shift to India and the iPad and MacBook to Vietnam. Goertek has been assembling AirPods for Apple in Vietnam since 2020. "Some Apple Watch probably will also be assembled outside China as well," said Lin. In fact, two years before the US-China trade war erupted, Apple already asked Wistron to set up a factory in India. "At that time, the main focus was India's big market," said Lin, adding that since the local policy encourages local manufacturing, Apple wanted to gradually increase manufacturing in India. "They believe it will help local consumers to identify with its brand and help to expand its market share there."

However, India lacks sound infrastructure, and most of the suppliers are still in China, meaning parts and components still need to be imported from China, and making smartphones in India is costly. Although incentives have been offered to increase production capacity in India after the US-China trade war, the COVID outbreak disrupted international logistics and domestic production in India, slowing down the progress of manufacturing for Apple during 2020-2021.

However, in 2022, Apple started reconsidering the risk of putting all its eggs in the same basket because of the China pandemic controls, so it is accelerating its supply chain migration to India, said Lin.

Samsung's cell phone production capacity has been moved out of China, mostly shifted to Vietnam since 2019. Samsung also has assembly plants in Indonesia and South Korea. Lin pointed out that Samsung is also increasing output in India in order to capture the local market.

Chinese manufacturers were aggressively building factories in India a few years ago, focusing on lowering tariff costs to capture the local market. Indian authorities impose high import tariffs on smartphones, so many foreign brands initially imported into India semi-finished products for final assembly into finished products to be sold in India to avoid tariffs. Since most Indian consumers can only afford entry-level and midrange handsets, four of the top-5 brands in India are Chinese vendors: Xiaomi, Oppo, Vivo and Realme.

Luke Lin graduated from National Taiwan University with an MBA and BSc degree in Electrical Engineering. He is the chief smartphone analyst at DIGITIMES Research, covering the smartphone supply chain and applications. His research interests also include the geopolitical influence on the ICT supply chain, the re-globalization of electronic supply chains, and the strategic positioning of technology firms amid US-China competition.