SMIC increases capex to secure equipment, talent not affected by US restrictions 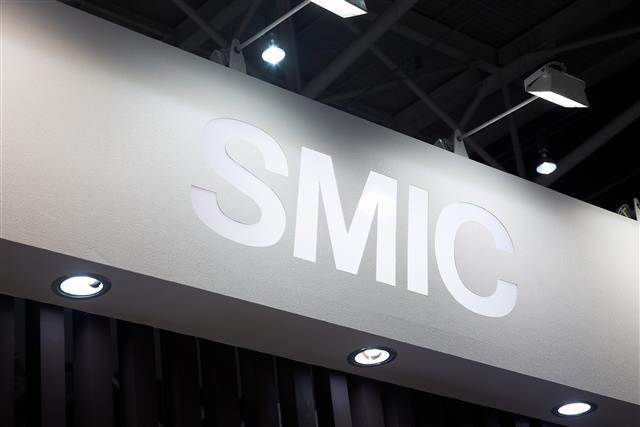 China's largest chip foundry, Semiconductor Manufacturing International Corp (SMIC) expressed pessimism about the possibility of a business turnaround in the near term during its third-quarter 2022 earnings conference call, but emphasized that it remains optimistic over the medium- to long-term development.

It noted that its expansion plans remain unchanged, and its talent retention and equipment acquisition have been able to keep up with the pace of capacity expansion.

Although the new US export rule prohibits US persons (including Chinese with US citizenship or residency) from assisting the development of advanced semiconductor technology in China (especially companies on the Entity List), SMIC co-CEO Zhao Haijun said its talent reserve is at the best condition of all time, as the COVID-pandemic has lowered employee turnover while new graduates showed strong motivation in joining the semiconductor industry.

"Many university graduates with bachelor's and master's degrees are eager to join us," said Zhao, "We took in many good quality new recruits, and talent source is sufficient. The total number of our headcount last year was 15,000-16,000, and this year so far we have exceeded 20,000."

Liang Mong Song, the former TSMC R&D executive who helped Samsung build up its foundry, remains the co-CEO at SMIC, despite the US restrictions. "Although SMIC has not admitted that it has mass-produced 7nm chips, it is true the team led by Liang developed and produced it with immersion DUV. They did not copy the design of TSMC," an industry expert who has been closely monitoring the semiconductor industry in Taiwan and China for more than two decades told DIGITIMES. "SMIC has started to develop 5nm chips, but the challenge has become even greater after the new US export control rules."

SMIC is aiming to increase 340,000 units of 12-inch wafer equivalent in monthly capacity in the next 5-7 years in new production line projects at five subsidiaries. Capital expenditure has been raised from US$5 billion to US$6.6 billion for the entire 2022, but it does not include the Tianjin Fab, mainly due to the company's needs to prepay for the equipment that sees long lead times before delivery, according to SMIC statement.

Compared to GlobalFoundries (GF), which has recently confirmed that it will initiate layoffs and a hiring freeze, SMIC is still prioritizing production expansion. SMIC is trying to secure equipment with long lead time in order to ensure capacity expansion is carried out on schedule.

Zhao stressed that the five subsidiaries will differentiate from each other in terms of product portfolio, focusing on specialty memory, CMOS image sensors, panel driver IC, power management ICs and others respectively, so that there will not be overlapping on equipment procurement.

"This cyclical downturn was not caused by oversupply but the drastic slowdown on the demand side," said Zhao, who emphasized that new innovations, social trends, and macroeconomic recovery will drive the demand in the future. "When we build a fab, it is for the operation of at least the next 20 years, and hence we will not change the plan just because this year is a downcycle in the semiconductor industry... We are doing capacity expansion according to the pace of our technology development roadmap and product planning of our customers."

SMIC indicated that the inventory of smartphones and consumer electronics is still being digested slowly, and customers show little interest in carrying out design tape-out and starting trial production. As smartphones, smart home and consumer electronics account for more than 60% of SMIC's revenues, the latest cyclical downturn in consumer demand has taken a heavy toll on the Chinese foundry house.

According to Zhao, since the second half of 2022, the macroeconomic environment has been characterized by weak consumer demand, global energy crisis brought about by international conflicts, high inflation, currency fluctuations and other factors, resulting in a sluggish economic recovery.

Despite the pessimism, there are still some bright spots. "Demand from industrial control applications is relatively stable, but the growth is limited. Automotive is resilient in terms of end demand and consumption, and demands still outstrip industry capacities," said Zhao. "The demand for Internet of Things (IoT) for wearables, local area network (LAN) applications, and power grid automation are seeing robust growth of 20-30% in revenues sequentially."

Zhao stressed that since this cycle is overlaid with multiple complex external factors such as new export control rules imposed by the US that are bringing challenges to the global and regional supply chains, the adjustments may take a long time and the downward cycle of the foundry industry has not yet bottomed out. "We will adopt a dynamic approach to adjust customers, product portfolio, and capacity."

"While demand declined externally and internally, and with annual maintenance conducted on some fabs, the monthly capacity increased by 32,000 8-inch equivalent wafers, but capacity utilization was down five percentage points from the previous quarter to 92.1%," said company press release.

The US restrictions on advanced chip tech export to China and SMIC's inclusion in the Entity List have boosted SMIC's reliance on its domestic market. The Chinese mainland and Hong Kong contributed 70% of SMIC's third-quarter 2022 revenues, up from 66.7% a year ago.

SMIC said it is still assessing the impact of the new rules imposed by the US on October 7. It said it has maintained close communication with suppliers, and is trying to clarify "some definitions in the new rules." According to the foundry house's current interpretation of the new US regulations, SMIC's customers are in full compliance with the US government's requirements in terms of production capacity and technology nodes. But some customers still need some time to gauge the new US regulations, and SMIC continues to communicate with both sides, it said.

Zhao's latest statement was gloomier than his previous one made three months ago, where he predicted that the cycle adjustment would continue until at least the first half of 2023. Now, Zhao pointed out that the combination of macroeconomic trends and the rate of inventory depletion "has not yet shown any signs of recovery." The company expects its fourth-quarter 2022 revenue to decrease by 13-15% sequentially, and gross margin to range between 30% and 32%, down from 38.9% in the third quarter. Inventories increased 17.2% from the second quarter, reaching US$1.7 billion.