Global server shipments pick up sequentially in 3Q22, but down in 4Q22, says DIGITIMES Research 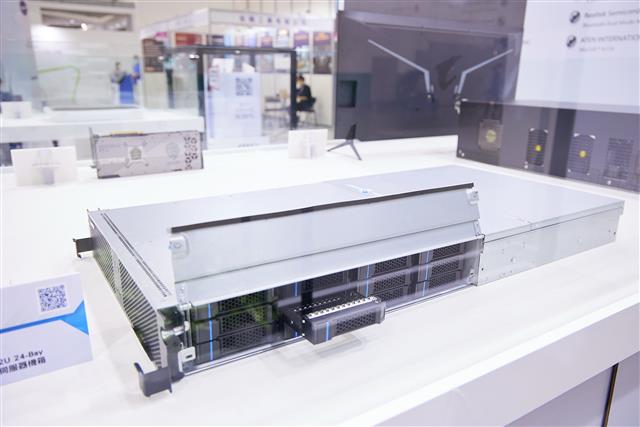 Global server shipments went up 4.3% sequentially in the third quarter of 2022 due to rising demand from public cloud services providers and server brand vendors as well as ODMs' deferred orders from the previous quarter, according to DIGITIMES Research's latest figures from the Server Tracker.

Order pull-ins of Chinese server brands, first-tier brand vendors, and North American cloud datacenter operators will all decelerate in the fourth quarter because of factors including the Ukraine-Russia war, rising inflation, and the global economic downturn. In addition, since some server ODMs are still experiencing mixed levels of IC shortages, global server shipments are expected to suffer a single-digit sequential drop in the fourth quarter, the server report noted.

First-tier public cloud service providers Amazon, Google, and Microsoft were the key contributors to global server shipment growth in the third quarter. Inventec, which deferred most of its server orders from the second quarter to the third because of China's COVID-19 lockdowns and having suffered IC shortages, saw its key brand vendor clients Dell, Hewlett-Packard Enterprise (HPE), and Lenovo all maintain a single-digit sequential growth in third-quarter shipments.

With the China government adopting stricter management over the pandemic and network security, Chinese enterprises and datacenter operators such as Alibaba, Tencent, and Baidu turned more conservative on pull-ins of server orders and influenced Chinese server brands' shipment performances in the third quarter.

Because of the inflation and the Ukraine-Russia war, order pull-ins of server brands that focus mainly on supplying traditional enterprises will be even weaker in the fourth quarter. Chinese datacenter operators' demand for servers will also decline in the fourth quarter with the China government continuing with its zero-COVID policy and the implementation of strict network security control.

Shipments of US-based first-tier cloud computing service providers will rise sequentially in the fourth quarter, but the growth rate will not be as robust as before. Server ODMs are still suffering from mixed levels of IC shortages. Combining all the above factors, global server shipments are expected to slip over 7% sequentially in the fourth quarter.

Global server shipments benefited from robust demand from first-tier datacenter operators in North America in the first half of 2022, but the issue with mixed levels of IC shortages and China's COVID-19 lockdowns still caused the shipments to perform below the expectation.

Although global server shipments in the second half of 2022 were influenced by server brands cutting down their order pull-ins because of the economic downturn, orders deferred from the second quarter due to the COVID-19 lockdowns had boosted ODMs' shipments to cloud datacenter operators and server brand vendors in the third quarter. With IC shortages easing gradually every quarter, global server shipments in the second half are expected to be slightly higher than in the first with the volumes for the whole-year 2022 rising nearly 6% from a year ago.