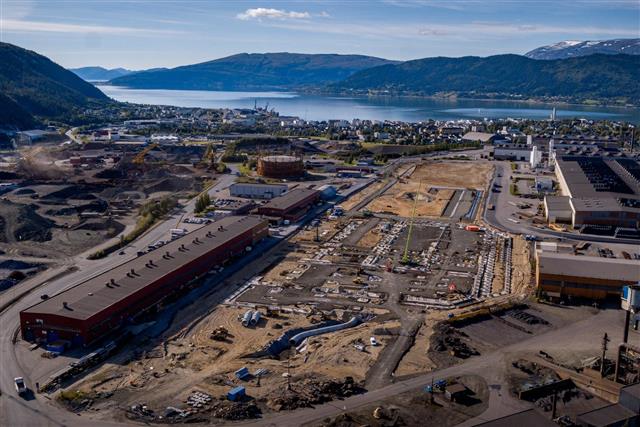 Battery has become a crucial component thanks to the adoption of EVs and energy storage systems. Freyr Battery, a Norway-based manufacturer, is establishing the first supply chain in the country with contributions from its Asian partners. The company aims to leverage cheap energy prices and optimized production processes to make cost-competitive products.

According to the International Energy Agency's report, demand for EV batteries will surge from 340GWh to 3500GWh by 2030. Various companies have or plan to build battery factories in Europe or the US due to the growing awareness of securing supplies locally or regionally. The situation creates opportunities for startups such as Freyr.

Freyr has moved rapidly since its establishment in 2018. Listed on the New York Stock Exchange since July 2021, the company is constructing a production base in northern Norway. The project's first phase includes a customer qualification plant (CQP) and two gigafactories, Giga Arctic, that would cost around US$1.7 billion.

The CQP will host one industrial-scale production line instead of a pilot. Production is scheduled to start in the first quarter of 2023. Tom Einar Jensen, Freyr's CEO, said the company will utilize the facility to produce sample cells, test raw materials and train its operators. In short, the CQP could help Freyr achieve high production in the gigafactories later.

According to the company, eight production lines will be installed at Giga Arctic with an annual capacity of 29GWh. Operations will start in the first half of 2024. To secure material supply, the company has partnered with Aleees of Taiwan, aiming to build an LFP cathode plant in the Nordic region.

Jensen said the joint plant would be the largest outside China, with an initial capacity of 10,000 tonnes per year by 2024.

Battery startups like Freyr face multiple challenges at their early stage, including finding the right technology, competence, investors and how to scale up quickly. Jensen said scale is essential for driving down production costs and for a company to stay competitive.

As a Norwegian company, Freyr will leverage the economical renewable energy to produce clean batteries. Jensen said 100% of the industrial electricity onshore in the country comes from hydro or other green power sources. Therefore, Freyr probably pays the lowest power prices in the world compared with other battery makers, giving it a competitive edge.

According to the company, producing batteries with green energy can cut down carbon footprint by 25 to 30%. Jensen added that if Freyr could also make cathode materials with renewable energy, it would reduce more than 50% of carbon emissions during the whole battery production process than many China-based manufacturers.

In addition, Freyr has licensed the 24M SemiSolid™ production platform, which is useful for producing cost-competitive products. The platform was developed by 24M Technologies, an MIT startup.

Jensen said the platform enables an optimized production process with smaller and simpler facilities while making much larger and thicker electrodes. Moreover, Freyr only needs less than half of the operators that a conventional battery plant requires and would be able to make three times more batteries per employee.

"So, half the CapEx (capital expenditure), 20 to 25% lower OpEx (operating expense), and a localized supply chain enable us to be very competitive while having the cleanest battery solutions on the planet," the CEO concluded.

Expanding to the US and Finland

Starting from Norway, Freyr is on track to expand. For example, it has formed a joint venture with Koch Strategic Platforms to build a gigafactory in the US. Jensen said the duo has looked into more than 150 sites in the country and narrowed the list down to five.

Freyr will also expand to Finland in the City of Vaasa. Jensen said the country has abundant renewable energy, minerals and metals and the workforce competency it needs. Those advantages could benefit Freyr's planned battery factory in the area.

The startup recently opened a technology resources campus and business unit in Japan. Jensen said the new office could enable Freyr to access battery engineering proficiency, next-generation solutions and many other resources in Japan. The company also looks forward to building local partnerships to scale up rapidly.

As it gets close to product commercialization, Freyr has secured initial customer agreements with companies focusing on energy storage systems (ESS). For instance, it announced on August 30 a battery cell sales agreement with Nidec Corporation of Japan.

Freyr has an ambition to reach 50GWh of annual production capacity by 2025, 100GWh by 2028 and 200GWh by 2030, according to the CEO. He added that the company is considering building anode manufacturing facilities besides producing cathode materials with Aleees. It will also diversify the technology platform beyond 24M to offer a broader set of battery technologies.

And, of course, Freyr is looking for more partners.

"We have no restriction as to who we partner with," Jensen said. "If companies out there have something to offer, and they see that we could be a relevant partner. They're all welcome."