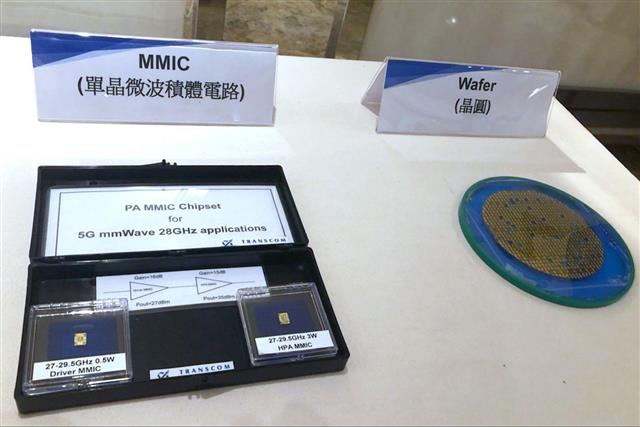 InP-based epitaxial wafer demand will be promising for niche-market applications, particularly optical communication uses bolstered by continuous construction of large-size datacenters and ever-increasing demand for cloud services. Taiwan's epi-wafer suppliers including Intelligent Epitaxy Technology (IntelliEPI), Visual Photonics Epitaxy (VPEC) and LandMark Optoelectronics are thus expected to sustain stable shipments in the second half of the year, according to industry sources.

The sources cited a Global Information (GII) estimate indicating the world's InP epi-wafer market scale is expected to grow to US$7.6 billion by 2027 at a CAGR of 9.7% for a six-year period starting 2021.

InP wafers can be used in laser diodes, LEDs, photodetectors, optical transceivers for optical fiber communication systems, and other high-power, high-frequency optoelectronics devices, which are indispensable to terminal IT, aerospace, medical and automotive devices, the sources said, stressing that currently the most important applications belong to the optical communications domain.

Among Taiwan's InP epi-wafer vendors, IntelliEPI saw its first-half 2022 revenues grow 38.12% on year to NT$471 million (US$15.7 million), and net profits for the period shot up 274.45% reaching NT$102 million. Its chairman YC Kao has said the impressive revenue and profit gains were mainly bolstered by strong market demand for devices made of InP epi-wafers and optimized product portfolios.

The company's InP epi-wafers contributed the highest revenue portion at 55%, and its high-speed InP HBT, APD and PIN epi-wafers with high gross margins were massively used in large-size datacenter and cloud computing applications in the first half of the year. The gross margin for the period jumped 14.8pp on year to 45%.

But those engaged more in niche-market applications are all sailing smoothly despite market headwinds. For instance, Transcom, operating as an IDM dedicated to military and commercial satellite applications, has been busy fulfilling increasing orders from Europe, Israel and Taiwan's defense ministry. It has also sent samples of high-frequency mmWave PA products to clients for validations, industry sources said.